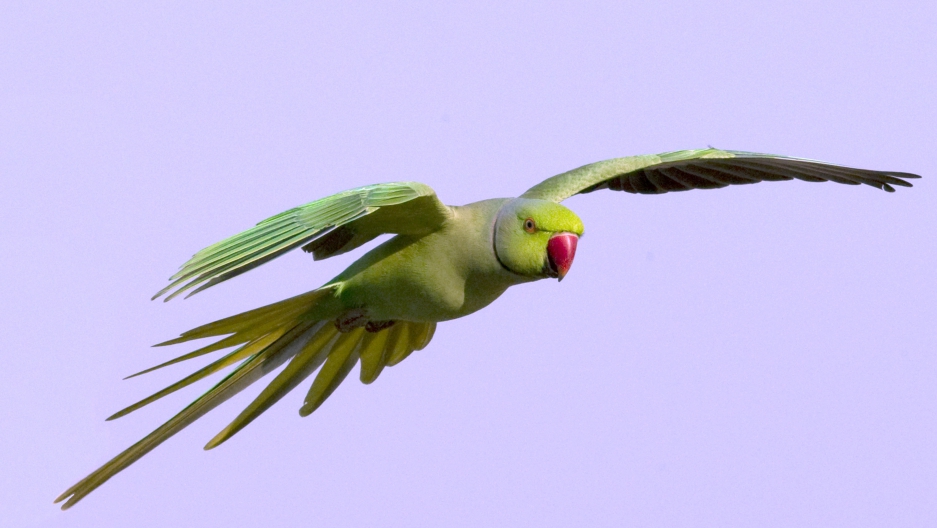 A rose-ringed Parakeet is pictured flying on November 11, 2011 in the coastal Israeli city of Netanya, north of Tel Aviv.
Credit: Jack Guez
Share

According to USA Today,  the baby-blue budgie escaped from its home in Yokohama, Japan on Sunday. He flew for some time until finally flying into a hotel window, and "perching on the shoulder of a guest."

The bird was then handed over to police. Piko-Chan wasn't affected by their interrogation skills, and remained silent, Time.com reported.

However after two days, little Piko-Chan most have gotten home sick. He not only began talking, but he actually recited his home address including the city, district, block and street number of his owner’s residence.

A spokesman for the north Sagamihara police station where the bird was taken, told AFP the bird also shared his name. "The bird's name was found to be Piko-chan as it said, 'You're pretty, Piko-chan'."

Piko-Chan's owner, a 64-year-old woman, had lost one pet parakeet before, according to AFP. Determined to not lose another pet, she taught her bird to recite its home address. When put to the test, Piko-Chan passed with flying colors.

Visit msnbc.com for breaking news, world news, and news about the economy