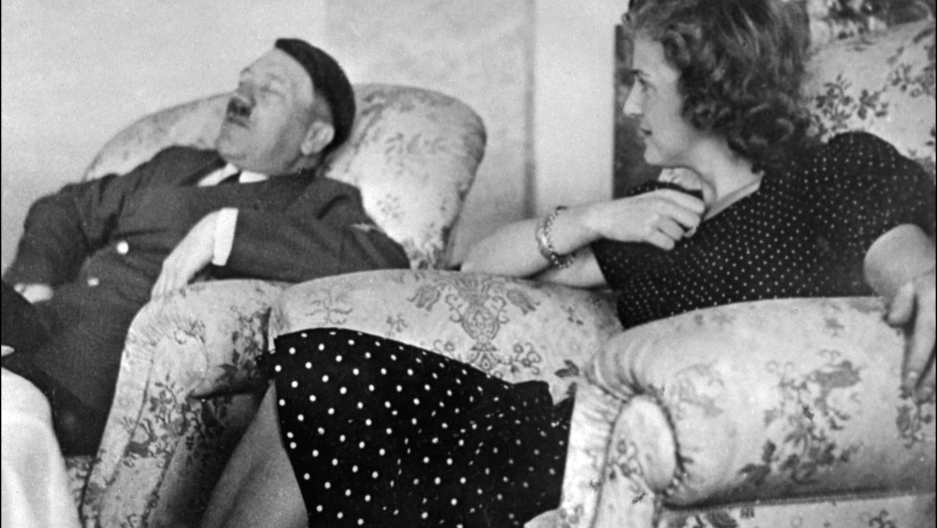 New documents are revealing the rather embarrassing medical history of Adolf Hitler.

The Washington Examiner compiled a few of the more exceptionally blush worthy notes from a 178-page report now up for auction with Alexander Historical Auctions. They include, "Adolf Hitler craved cocaine and cars, farted uncontrollably due to his vegetarian diet and was injected with semen from young bulls to keep up with his curvy gal pal Eva Braun."

The documents also hold several x-rays of Hitler's head, along with a note from Hitler's doctor, Theodore Morrell, on his sexual activities.

The report noted, “Sexual organs showed no indications of abnormality or pathology and secondary sex characteristics were normally developed. Hitler was very fond of the society of attractive women, particularly during the years of his rise to power. In later years his libido was apparently sublimated with the increase in...responsibility. Morrell believes that Hitler, although not strongly inclined to sexual activity, did have sexual intercourse with Eva Braun, though they were accustomed to sleep in separate beds.”

This is not the only Hitler memorabilia to come to light in recent days.

Lee told the BBC, he felt incredibly uncomfortable touching the document and even said, "I felt a shudder run through me."

The postcard noted Hitler's desire to return to the front lines, according to BBC. Hitler also maligned about having to see a dentist. It is also noted he had a spelling mistake on the card. Hitler spelled the German word for immediately as, "soffort" rather than "sofort".