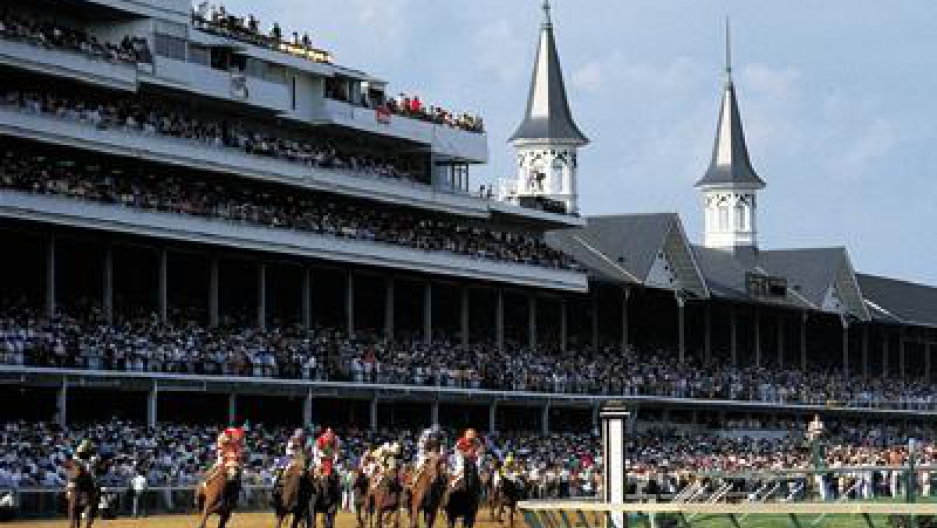 The Kentucky Derby runs this weekend, the biggest event in horse racing. The sport in general, though, is in trouble. (Photo courtesy of Kentuckytourism.com.)

The Derby, the Preakness and the Belmont Stakes, the triple crown races, attract millions of viewers, but three Saturdays a year isn’t enough to support a sport that was once the most popular in America. Not today. But horse racing is looking to reconnect with its audience — and this might be the weekend it does so.

Jacalyn Carfagno, a producer at WEKU radio in Richmond, Ky., said stands are still packed at horse tracks near Richmond in the heart of thoroughbred country. But that's not the reality for the sport across America.

"We're losing about four percent of our fan base each year," said Jason Wilson, vice president of business development at the Jockey Club. "Even our core fans are not extremely enthusiastic about the sport. If you look at the numbers, 46 percent of our core fans would not recommend the sport to another person."

His job is to revive the fan base and with sentiments like that among those who are supposedly their best supporters, he's got a tough road ahead of him.

Complaints range from an out-of-date betting system to run-down facilities to too few horses participating.

Rather than embrace television like the major U.S. sports, horse racing resisted, fearful that fans and their wagers wouldn't turn out if they could watch the races on TV.

In 2011, professional bowling and professional poker had more TV time than horse racing. For horse racing, other than the triple crown, the most advanced technology for airing races is the simulcasting of one track's events to another track, or to off-site betting centers.

Rogers Beasley, director of racing at Keeneland track in Lexington, Ky., said the sport is giving away its product.

That's cost money from tracks and led to the problems that fans of horse racing site.

Keeneland is in a unique position, though. A non-profit, the track generates substantial revenue by selling horses. The track last year was the first in the country to roll out a smartphone app that allows patrons to place wagers on their phones.

Wilson's trying to launch a fantasy racing game, an effort to tap into the passion that has developed for fantasy football and baseball, and other sports to a somewhat lesser degree.

Fans will pick horses in real races run each week. They'll also collect rewards to make virtual bets for spreading the word on social networks about horse racing and the fantasy game.

"It's really following them where they congregate and making sure that we're part of their dialogue," he said.