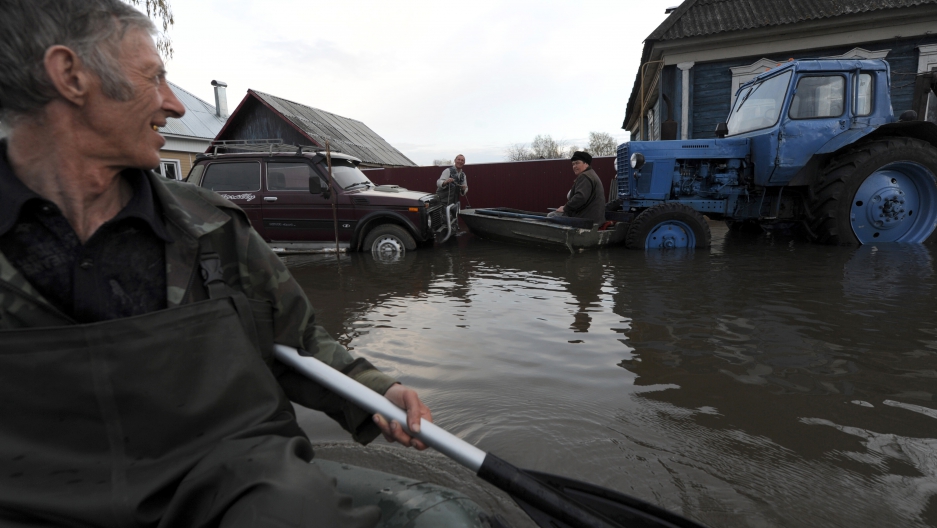 A man paddles a boat in the flooded town of Kadom, in the Ryazan Region, some 430 km east of Moscow, on April 23, 2012.
Credit: Andrew Smirnov
Share

Bruce Beach, the Canadian who has built the world's largest private nuclear fallout shelter and is planning for the end of the world, is not alone.

He is among an estimated one in 10 people who are counting down for the world to end in December,  according to the latest survey on the world's belief in Mayan prophecy.

That survey of 16,000 people by the research firm Ipsos said more people in China —one in every five —expect the world to end this year than anywhere else in the world.

One in seven people overall believe the end is coming in their lifetime though they're not sure the Mayans will have anything to do with it.

“Whether they think it will come to an end through the hands of God, or a natural disaster or a political event, whatever the reason, one in seven thinks the end of the world is coming,” Keren Gottfried, Ipsos' research manager told Reuters.

She said people under 35 and with less education and lower household incomes were more likely to believe the world would end within their lifetimes.

The Mayan calendar spans about 5,125 years - until Dec. 21, 2012. Some people think this marks the end of the world while others maintain it's simply the end of a calendar era and not an apocalypse.

Beach has been planning for the end since the 1970s, Canada's Global News said in a video profile of him. Inside his bunker made of old school busses, he has been stockpiling food and survival supplies.

Russians and Poles, who are particularly worried about the world's demise, may want to take note. Beach said he'll welcome everyone needing to escape the end of the world to his bunker.

Beach clearly is among the 5 percent of Canadians who Ipsos said are anxious about the end of the world.

If you're getting worried you're behind on your bunker-building, here's the video from Global News on how Beach is planning for the end of the world: