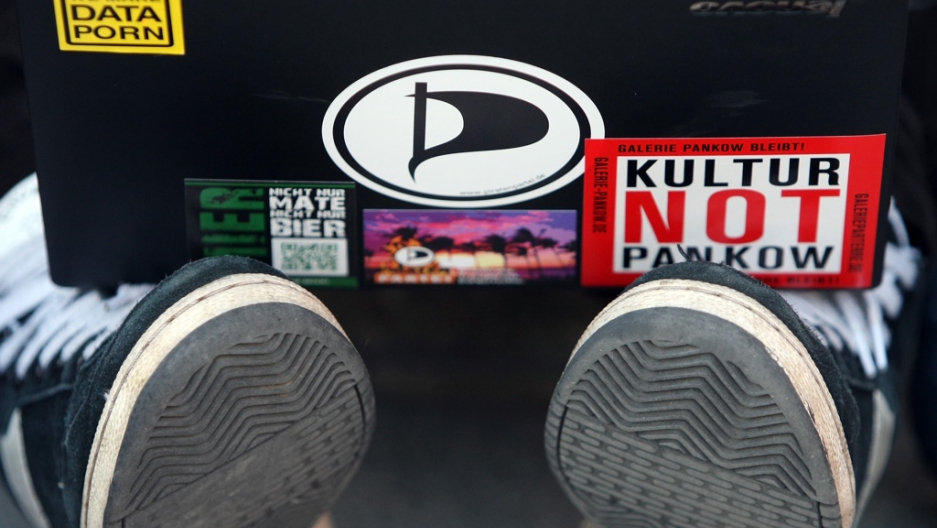 Berlin has attracted plenty of talent, skills and knowledge, which entrepreneurs can use to grow their businesses.
Credit: Adam Berry
Share

BERLIN, Germany — When Adam Groffman landed in Berlin last summer it was supposed to be just another stage on his round-the-world trip. But it didn’t take long for him to realize he wanted to stay.

The 27-year-old graphic designer from Texas gave himself a month to find a job or else go back to the States. “It took me about two weeks before I found a contract job at a start-up company,” he said.

In doing so, Groffman has joined the growing ranks of foreigners who have been flocking to Berlin to work in the city’s flourishing start-up scene.

The buzz surrounding Berlin’s has grown in recent years, particularly with successes like music platform SoundCloud which now has 12 million users, and social-gaming company Wooga, the third largest in the world with around 50 million active users a month.

Read more: Need to charge your iPhone? Now there's a helmet for that

In fact the city is now the most important hub for gaming, e-commerce and other hi-tech firms in Germany and is increasingly seen as a rival to London and even Silicon Valley in terms of the sheer number of start-ups.

Recently the Berlin Chamber of Commerce announced that around 1,300 Internet start-ups had been founded in the city since 2008, of which almost 500 were established last year alone.

A series of factors have turned Berlin into a start-up mecca, including lots of cheap, attractive office space, good infrastructure and a supply of multilingual, skilled workers. Designers, developers and programmers from across Europe and beyond are attracted to a city with a reputation for a great nightlife, vibrant cultural scene and still relative affordability.

“There is something really unique about Berlin,” says Groffman, explaining why he wanted to move here. “Maybe it's the fact that it's a city that's coming to terms with itself. There's a lot of potential in the city.”

Groffman, who also runs a travel blog, now works part time as a web designer at innovative start-up UPcload. The company has developed a technology that allows online shoppers to measure themselves for clothes using a webcam.

A result of the influx of is that a cluster has formed in Berlin, with plenty of talent, skills and knowledge, which entrepreneurs can use to grow their businesses.

Not only is there a growing ecosystem for the start-up scene in Berlin, but there’s plenty of networking and community support. Places like co-working space betahaus and the St Oberholz cafe host regular meet-ups and events, and there are two English-language websites, Silicon Allee and Venture Village, providing information and news on the city’s scene. And it seems hardly a week goes by without a conference focused on IT or start-ups.

“There is a big community in Berlin,” says Nadia Boegli of Tweek.TV, a personalized TV and film guide for the iPad based on social-media recommendations. “If you only open Facebook and look at the Berlin start-up group, you see so much stuff going on in the city, you could basically hang out with start-up people every day of the week.”

This translates into a strong network of support that more established companies can provide to those just starting out.

Read more: Norway killer Breivik, made by the internet?

“It’s very collaborative. Everyone really tries to help each other,” says Edial Dekker, CEO and co-founder of Gidsy, an online market place where “experience hosts” offer anything from graffiti tours to cooking classes.

Dekker, who hails from Amsterdam, founded the company with his brother Floris and Austrian Philipp Wassibauer just last summer. They have already launched in Berlin, New York, San Francisco, London and Amsterdam. The company recently secured $1.2 million in venture capital from a group of investors that included Sunstone Capital and actor Ashton Kutcher.

While Berlin has had something of a bad reputation for producing German copycats of successful US companies, Gidsy is an example of the start-ups that are availing of the city’s many advantages while focusing on the international market.

Others include hip mobile app companies like Amen or 6Wunderkind, as well as firms like Delivery Hero, an international network of food delivery sites, or Tape.TV, the Internet’s answer to MTV, which is launching in France and the UK.

"Most of the start-ups I know in Berlin usually have a global focus,” says Boegli of Tweek.TV. Her company, for example, which was only founded late last year in Berlin, already launched in the UK at the London Web Summit in March.

There are, of course, also drawbacks to being in Berlin. For one, it can be hard to find investors on the ground, so many companies have to go abroad to get financing.

Read more: In Germany, body parts made to order

There are fewer VCs in Germany than the UK or the US, and traditionally German financial institutions can be quite risk averse, preferring safer bets than start-ups for their investments.

One rare example of a German VC getting in on the Berlin action is Earlybird Venture Capital. The Munich-based company set up shop in Berlin last summer, and last month it announced a $100 million venture fund for European tech and Internet start-ups, focused mainly on German-speaking countries.

This, however, is not enough, given the amount of start-ups that are coming out of Berlin, argues Pawel Chudzinski, of Point Nine Capital, an early stage venture capital fund based in Berlin.

“So many start-ups get financing rounds only from international investors,” Chudzinski says. “For me, it is a signal that the place is not well financed at all.”

Point Nine Capital invests a few hundred thousand euros in start-ups in Germany and other parts of Europe, and sees itself as positioned somewhere between the few angel investors in Berlin and the likes of Earlybird which invests one or two million at a slightly later stage.

Read more: Inside the office of the future

Chudzinski argues that there are great investment opportunities in Berlin. “In terms of people who want to invest in tech, it’s a great field. As an investor, in San Francisco there is unlimited money and a limited number of projects, and here the number of projects is also limited but the money is even more limited.”

As well as the financing challenges, Berlin is at some stage going to have to live up to the increasing hype. Despite the success stories, so far there is no sign of any companies to rival the likes of Google, Twitter or Facebook.

Yet, Dekker of Gidsy points out that the start-up scene is really in its infancy.

“One of the biggest differences from say New York or San Francisco is that it is very, very early,” he says. “There are loads and loads of people moving to Berlin, and there are a lot of companies doing really well. On the other hand, it’s just been a few years. I think it will be interesting to see where this goes.”