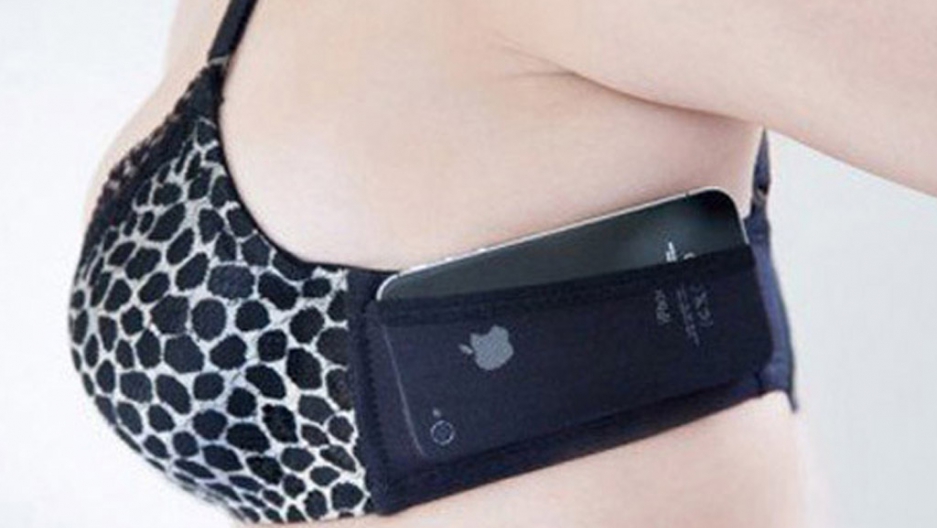 Two University of Washington students have developed the JoeyBra, a new bra with a side pocket for stowing your cellphone and other valuables.
Share

No purse? No problem if you're wearing the JoeyBra, a new bra with a side pocket for stowing your cellphone and other valuables.

Mariah Gentry and Kyle Bartlow, business majors at the University of Washington, came up with the idea after noticing the large number of Facebook posts by girls who lost or broke their cellphones during a night out, according to Mashable.

"After doing a survey of over 200 young women, we found that 95 percent of our participants had a problem finding a place to put their belongings while out at a party and 73 percent had lost personal items from a lack of pocket. In addition, we found that 88 percent were interested in having a way to discreetly hide their personal items on their person," the pair said on their website.

Right now, the JoeyBra is available on Kickstarter, a crowdsourcing fundraising site. A pledge of $30 gets you one JoeyBra, including shipping in the U.S. , according to MSBNC.

So far, the JoeyBra has received $4,346 in pledges, already surpassing its $4,000 goal with another 18 days left for more backers to get on board, The Huffington Post reported.

Next up? A sports version of the JoeyBra that will let the wearer hold a "key, ID, iPod or other small items while working out of running," according to the pair's website.