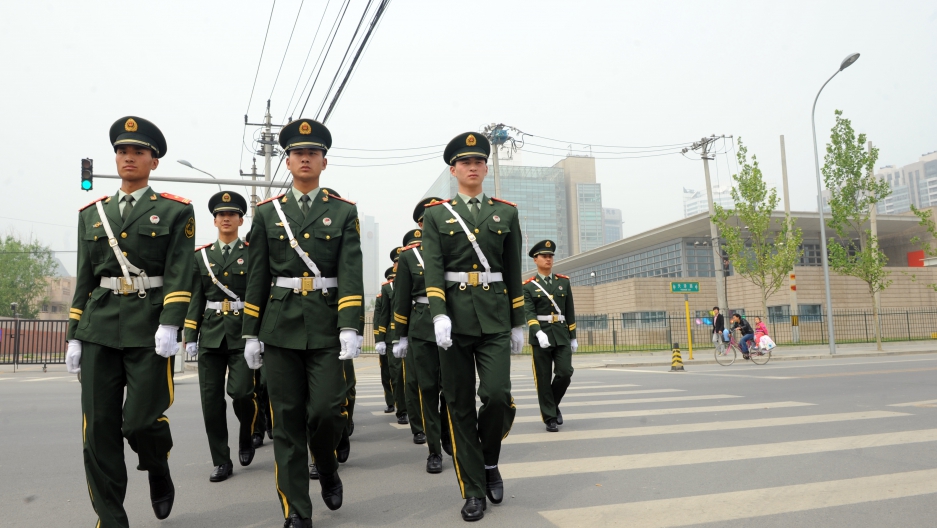 HONG KONG, China — Washington and Beijing are scrambling to reach an agreement about the fate of Chen Guangcheng, the blind lawyer who fled house arrest last week, and is now reportedly in US custody.

Experts say the crisis presents Chinese leaders with a stark choice: Embrace this moment as an opportunity for reform, or slip back further into repression.

A self-taught rural lawyer and widely popular figure, Chen launched a legal crusade against excessive enforcement of the one-child policy, calling attention to abortions and sterilizations forced upon women by officials in Linyi, a backwater district in Shandong province.

In return, authorities imprisoned him on trumped up charges. Since completing his sentence in 2010, he has been under house arrest without legal justification, and has allegedly suffered police abuse. One night last week, he slipped free with the aid of sympathizers. He later released a video appealing to Chinese premier Wen Jiabao for justice.

Some observers say the case gives Wen the chance to prove his sincerity in seeking progress toward the rule of law. Often criticized for failing to deliver on idealistic promises, Wen and his pro-reform allies could use the egregious repression of Chen, who is not charged with any crimes, to take a stand for human rights.

In this optimistic scenario, the central government could blame local officials for extra-legal abuses, open an investigation, and pledge to ensure the safety of Chen and his family.

“I think it’s too early to tell how this will play out, but [the case] does add to the voices for reform,” says Dali Yang, director of the University of Chicago Center in Beijing. “In recent years, there have been frustrations that political and legal reforms have not been progressing at all.”

But other experts say the likelier outcome is darker. They say that Chen's presence at the US embassy helps hardliners who see an American conspiracy in his flight, as well as in the failed asylum attempt of former police chief Wang Lijun. (It was Wang's appearance at the US embassy last November that ultimately caused the implosion of high-flying party boss Bo Xilai.)

Led by Zhou Yongkang, head of the police apparatus in the country, the hardline faction within China’s leadership has hugely expanded the presence and power of security forces under the watchword of “stability.” Over the last several years, criticisms have grown that security forces have become too strong, too expensive and too unaccountable — but that does not mean they will back down.

According to the non-profit group Dui Hua, the number of political prisoners in China has steadily risen since 2000, with nearly 5,000 people currently detained for political activities.

“Is this going to be a turning point? No,” says Joseph Cheng, professor of politics at the City University of Hong Kong. “The Chinese authorities want to generate a deterrence effect so as to minimize the activities of the dissidents.”

More from GlobalPost: Tibetans in turmoil

Already, police have cracked down against Chen’s family and those who assisted him. Pe Heirong, an activist based in Nanjing, vanished into custody shortly after driving Chen’s getaway car. Four members of his family, including his six-year-old daughter, have also been detained.

“In the short term, you can see his supporters have been questioned,” says Yang, of the University of Chicago. “There is an effort to tighten control. In the short term, it may make life even worse for some of the others.”

Meanwhile, the clock is ticking for the US and China. The timing could hardly be worse, with the world’s two largest economic powers heading into crucial strategic dialogue this Thursday.

Though Chen reportedly wishes to stay in China, some activists say the likeliest outcome is that the "barefoot lawyer" will go into exile in the United States, under the cover of going to receive medical treatment.

Bob Fu of China Aid, a Christian humanitarian organization in Texas that has close ties with Chen, told the Daily Telegraph that “If Chen wants to find safety and freedom for his family, leaving China might be the only option left. The situation is so intense, he has no other choice but to leave now.”

This solution would not only allow Beijing to save face, but also rid itself of the civil right’s movement’s central figure at a time when the Communist Party is trying to minimize divisions before its once-a-decade power transfer this autumn.

Given that Chen has not been accused of any crimes, the idea that he should be exiled seems a bit absurd to some observers.

“Ideally, Mr. Chen is a law abiding citizen who wants to follow the Chinese law,” says Yang. “What’s wrong with that? In the 21st century, he deserves to be living in his homeland and exercising his legal rights.”