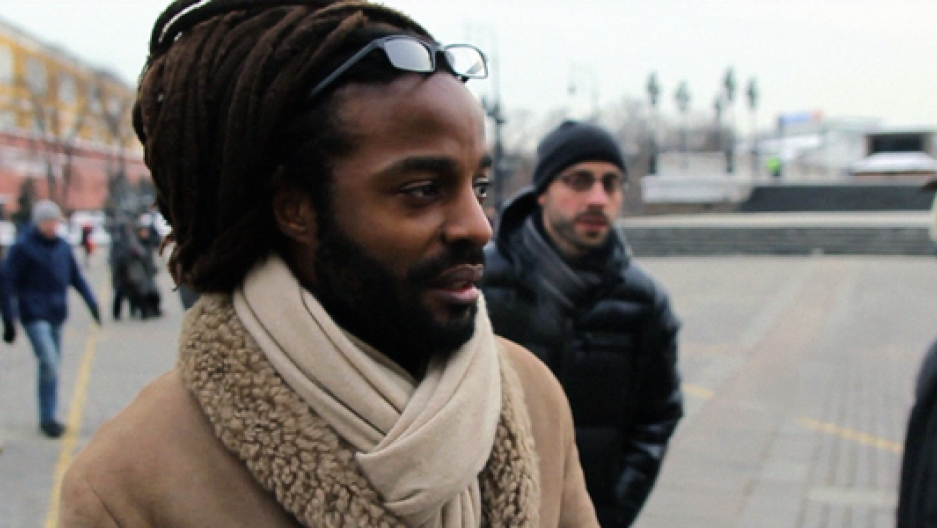 Share
When he was 21, the musician John Forté earned a Grammy nomination for his work with hip hop group The Fugees. Now 37, he's the subject of a new documentary, called 'The Russian Winter'. It chronicles a recent 9-week, 5-city tour he and his band took across Russia. John Forté's been thinking about that country for a while. A few years ago he read a book about Hannibal [or 'Gannibal'], the so-called Moor of St Petersburg. "It was about Peter the Great's godson who was essentially given to him as a gift, [as] a joke," he said. "What do you give the person who has everything? And someone had the bright idea of giving Peter the Great this little African boy, and it was 'funny'." But Hannibal was no joke: he grew up to be one of Peter the Great's most important military advisers. And his influence didn't end there. "Fast-forwarding a couple of generations," Forté continued, "Hannibal is also the great-grandfather to Pushkin, who had very dark features. And Pushkin essentially changed the face of Russian poetry and literature." Between Hannibal and Pushkin, Forté told me, he felt kinship, a kind of connection, at least as another person of color making his way in Russia. So the two men were on his mind, and it led to maybe my favorite moment in The Russian Winter, an impromptu Pushkin re-working of the Salt-n-Pepa hit 'Push It'. The Russian Winter is part tour diary, part biopic. It screened at the Tribeca Film Festival that wrapped up on Sunday. We see Forté and his band traveling across the country, playing a gig at an orphanage in St Petersburg one moment, performing at the Miss Russia pageant the next. And they collaborate with local musicians. "It kind of actually did feel like it's own sort of nouveau Enlightenment era," said Forté, "because you know as we were speaking to the young people there's a real sense [that] if you work hard you can in fact be entitled to upward mobility." The film also shows Forté struggling with working conditions that aren't exactly ideal, at least not for a former Grammy nominee: schedules that meant nothing, confusions over sound equipment. Not that he minded too much. "You know, I mean, what's life without a little bit of drama?" Forté's life has certainly been dramatic. Before The Fugees, he grew up in a rough Brooklyn neighborhood, and then won a scholarship to a prestigious private school. But in 2001, after The Fugees, he was arrested at an airport in New Jersey, in possession of two suitcases filled with cocaine. Forté was sentenced to 14 years in prison. The singer Carly Simon campaigned for his release, and in 2008 his sentence was commuted by outgoing President George W. Bush. So, yes, the notion of a 'Russian Winter', of going somewhere cold and distant, and coming back, is a prominent theme in the documentary. But, says Forté, the point is that he has made that journey, however uncomfortable it is for him to see his own story on screen. "I can't go up to you and say hey redeem yourself," he said. "You have to take the initiative to be redeemed. And I think that's exemplified in the film. And it's not easy to watch."