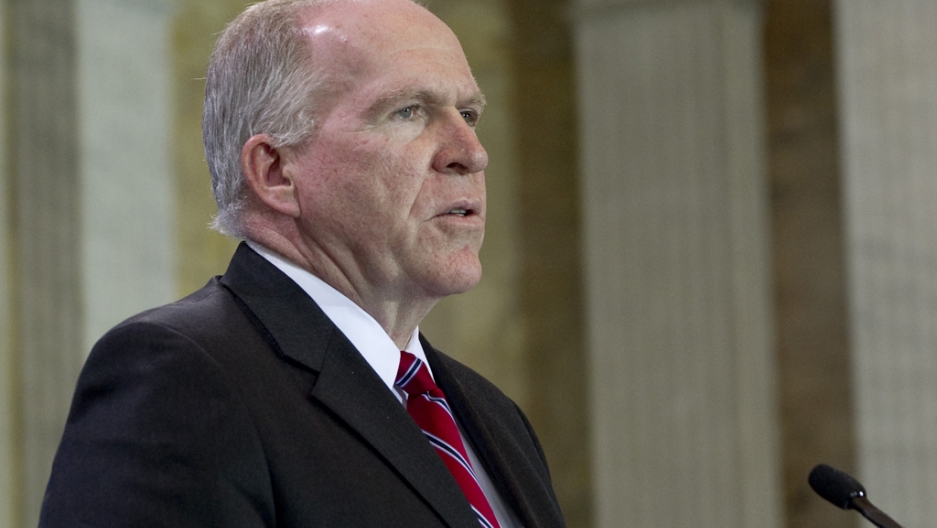 John Brennan, Assistant to US President Barack Obama for Homeland Security and Counterterrorism, defended the use of drone strikes against Al Qaeda militants in a speech on April 30, 2012, saying that the strikes were legal and ethical.
Credit: SAUL LOEB
Share

The White House's counter-terrorism adviser, John Brennan, defended drone strikes on Monday as legal and ethical weapons to use against Al Qaeda, according to Bloomberg.

Defending the controversial tactic that has allowed the US to take out many top level militants, Brennan said the strikes were fully legal under international law, Reuters reported.

Speaking at the Woodrow Wilson International Center for Scholars in Washington, Brennan said, "I’m here today because President Obama has instructed us to be more open with the American people about these efforts," referring to the drone strikes, according to AFP.

On the eve of the anniversary of Osama bin Laden's killing, Brennan gave the most detailed description and justification of the drone program to date, said AFP. He said, "The United States government conducts targeted strikes against specific Al Qaeda terrorists, sometimes using remotely piloted aircraft, often referred to publicly as drones."

He added, "The constitution empowers the president to protect the nation from any imminent threat of attack," according to AFP.

Brennan also acknowledged the drone strikes on Sunday, stating on ABC News' "This Week," "Unfortunately, in war, there are casualties, including among the civilian population. We've done everything possible in Afghanistan and other areas to reduce any risk to that civilian population."

In his remarks prepared for delivery on Monday, Brennan said, "As a matter of international law, the United States is in an armed conflict with Al Qaeda, the Taliban and associated forces, in response to the 9/11 attacks, and we may also use force consistent with our inherent right of national self-defense."

He added, "There is nothing in international law that bans the use of remotely piloted aircraft for this purpose or that prohibits us from using lethal force against our enemies outside of an active battlefield, at least when the country involved consents or is unable or unwilling to take action against the threat."

In January, Obama acknowledged the drone strikes, saying, "For the most part, they've been very precise precision strikes against Al-Qaeda and their affiliates, and we're very careful in terms of how it's been applied," according to Politico.

More on GlobalPost: Islamic banking on the rise amid the credit crunch