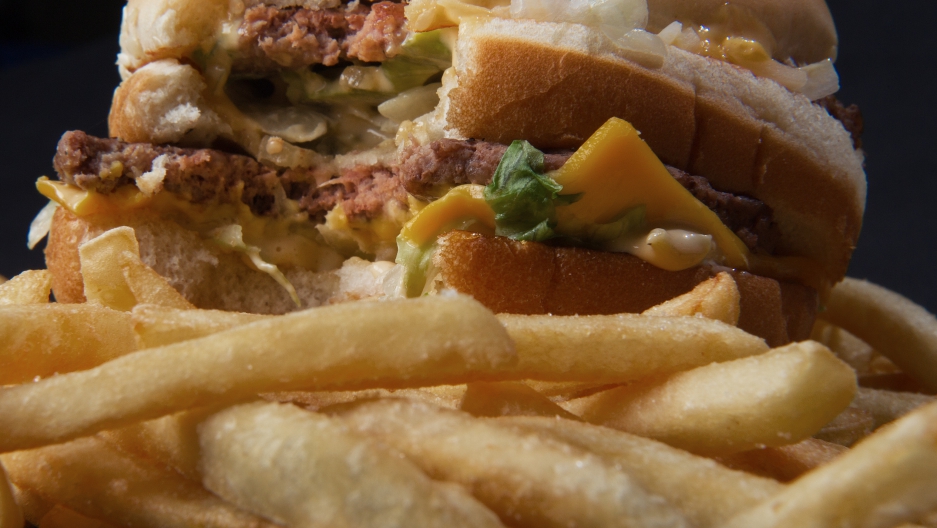 It would take nearly eight times as much McWork to buy a Big Mac in India as it would in the US.

Canadian workers get the best deal. They can afford a Big Mac in under a half-hour of work.

Princeton University economics professor Orley C. Ashenfelter, whose Big Mac data has been published by the National Bureau of Economic Research, has spent the past decade researching McWages around the world. His goal: to find out how much an hour of work buys.

Ashenfelter found wage rates of workers using similar skills in similar jobs can differ by as much as 10 to 1 around the world. His research is like a Big Mac index for global wage growth, and it offers some fascinating insights into how the value of work has changed in recent years.

From 2000 until 2007, McWages were growing about 8 percent a year in India. They've slowed down so much in the past five years that workers in India now would have to work nearly a half-hour longer to buy a Big Mac.

In 2007, just 168 minutes behind a McDonald’s cash register could buy an employee an entire Big Mac.

To put that in context: the average McDonald’s worker in the US would need to work 27 minutes to buy a Big Mac now.

McDonald’s workers in South Africa, Japan and parts of Western Europe also lost ground from 2007 to 2011.

McDonald’s workers earn the most in Denmark (where everything is expensive) and the least in Pakistan, Motley Fool said.

Of course, it's not quite a perfect comparison. McDonald's doesn't actually sell the Big Mac in India. It sells the Chicken Maharaja Mac instead.