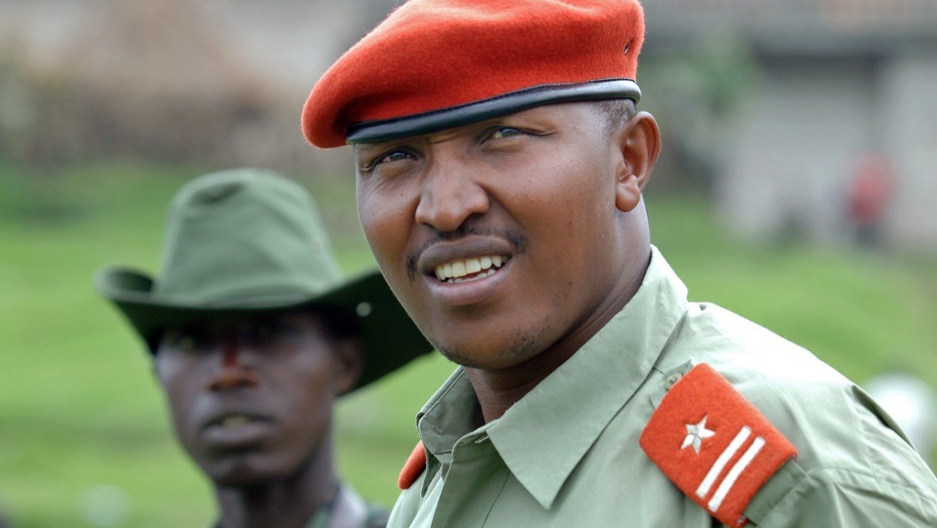 Congolese military leader Bosco Ntaganda is wanted by the International Criminal Court for war crimes. Now Democratic Republic of Congo President Joseph Kabila also says Ntaganda should be arrested. This photo of Ntaganda was taken on January 11, 2009 at his mountain base in Kabati, near the provincial capital Goma.
Credit: Lionel Healing
Share

BBC News reported that thousands of people are fleeing the fighting between government troops and rebel forces in Mukashe and Rubaya, and are heading toward the nearby town of Goma. The UN and Congolese military have said 400 to 500 heavily armed soldiers loyal to Ntaganda defected from the Congolese army earlier this month, deserting their base in Goma.

"Violent clashes involving heavy weapons are ongoing close to Mweso (North Kivu Province) between soldiers who have left the army and loyalist forces," an army commander, who was participating in a second combat in DR Congo, told Agence France-Presse by phone. He didn't give details about deaths or injuries, but added that "about a hundred people have fled Mweso in the direction of another village, Kitschanga," located about 20km away.

The International Criminal Court issued an arrest warrant for Ntaganda in 2006 for charges of using child soldiers to fight in his militia group, reported News24.

According to BBC News, Ntaganda may not have defected himself, but residents of the area said he has not been seen in Goma since early this month.