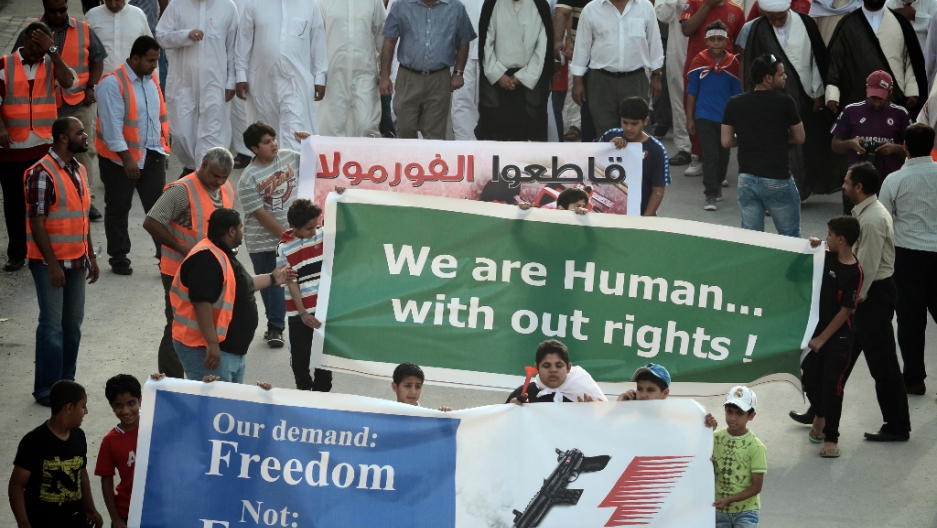 Jailed Bahraini activist and hunger striker Abdulhaldi al-Khawaja is to have his case retried, an appeals court has ruled.

“The court is [ordering] that the trial take place again and that testimony from prosecution and defence witnesses be heard once more as if it is a new trial,” BNA, the official news agency reported, according to Al Jazeera.

Twenty other activists will also face retrials in a civil court. BNA did not say whether the men would be released. However, a lawyer told Al Jazeera that their retrial was expected within the next couple of weeks.

According to the BBC, a crowd of opposition supporters chanted outside the courthouse after Monday’s verdict was announced.

More from GlobalPost: Bahrain activist on hunger strike, is hospitalized

Al-Khawaja, Bahrain’s most prominent human rights activist, is one of more than a dozen men jailed on charges of leading an uprising against minority Sunni rule in the island nation last year.

He received a life sentence in prison from a military court, and has refused food since February 8. He was moved from prison to a military hospital for treatment three weeks ago.

Earlier this month, the Bahraini authorities rejected a request by Denmark to take custody of al-Khawaja, who also holds Danish citizenship, according to the Associated Press.