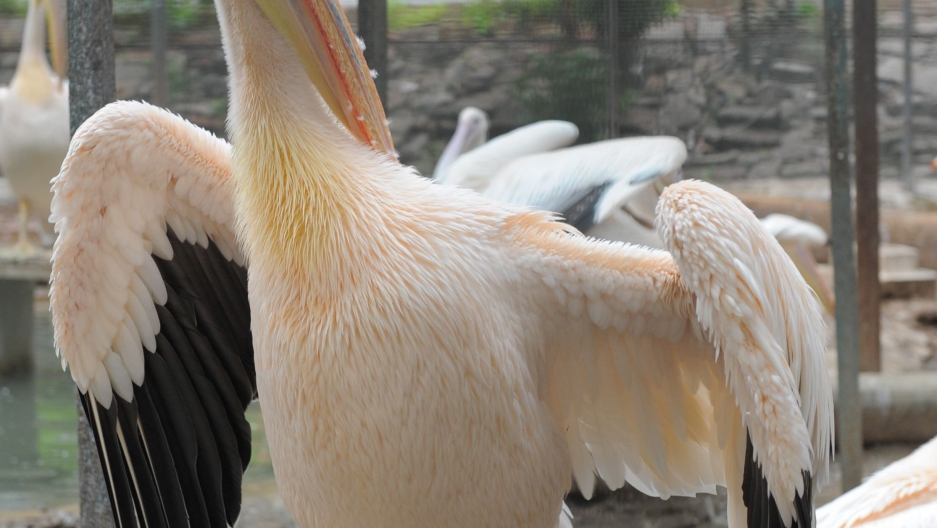 The Dalmatian pelicans are the world’s largest variety of pelican. Around 1,400 of them are thought to live in southern Russia.
Credit: SAM PANTHAKY
Share

Peru's oceanographic agency said it will investigate the deaths of 1,200 pelicans on northern beaches, the same place where nearly 900 dolphins were recently found dead.

The dead pelicans were found by Puerto Eten Fishermen's Association on Thursday and Friday along 105 miles of coastline, reported the Associated Press. The government's Institute of the Sea said it found nearly 600 dead birds, mostly pelicans and also some gannets, along a 43-mile stretch.

The pelicans have been appearing dead on Peruvian beaches over the past 10 to 12 days, according to Perú21. The Peruvian Sea Institute (Imarpe) hasn't been able to explain the phenomenon.

Dozens of other dying birds have been seen on beaches, Puerto Eten Fishermen's Association president Francisco Ñiquen told Fox News. Imarpe will investigate the cause of the mass deaths. According to experts, a number of possible causes, ranging from a virus to mining exploration in the Pacific Ocean, could be responsible.

The AP reported that Imarpe's regional chief Edward Barriga said he remembered mass pelican and cormorant deaths in the same area in 1997 due to a lack of anchovies blamed on the El Niño meteorological phenomenon.

Coast Guard official Cesar Villanueva also told the news agency he has never seen so many dying pelicans on the beach in his 25 years on the job.