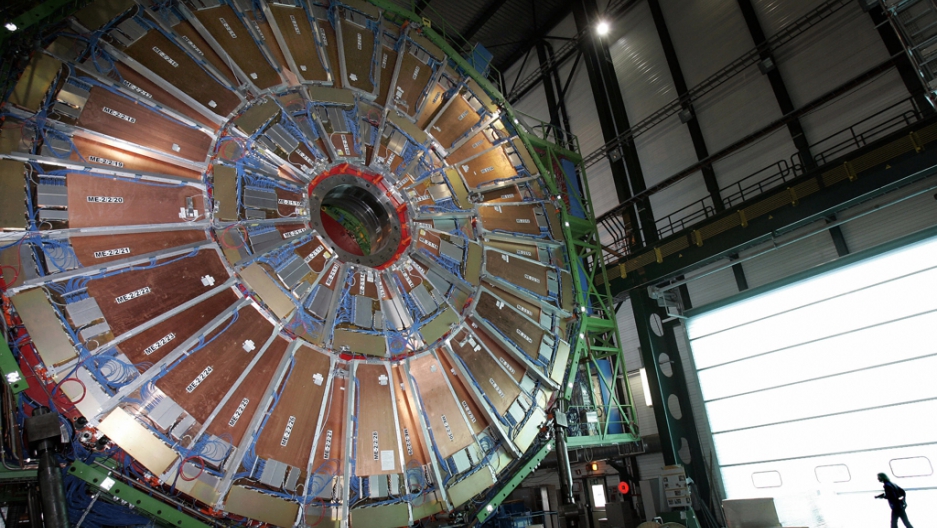 The particle was observed after scientists smashed two beams of protons traveling in opposite directions in the LHC and studied the debris that resulted, Talking Points Memo reported.

The miniscule particle exists for such a short time that scientists didn’t observe it directly, but saw evidence of its decay, TPM reported.

Carlos Lourenco, a senior researcher with the European Organization for Nuclear Research, the organization that oversees the experiments at the LHC, told TPM that the particle, which cannot occur anywhere else on Earth outside of the accelerator, only rarely turns up in outer space. “It might get produced once in a while, when a high-energy cosmic ray collides with the moon, for instance,” Lourenco said.

“Finding this particle is really very hard,” physicist Vincenzo Chiochia, one of the co-leaders of the search, told Symmetry Magazine. “Finding this complicated decay in such a messy event makes us confident in our abilities to find other new particles in the future.”

Scientists are hoping the LHC will provide evidence of the existence of the Higgs boson, a hypothetical elementary particle that explains how particles get their masses.

More from GlobalPost: Higgs boson: Closing in on the “God particle” (VIDEO)