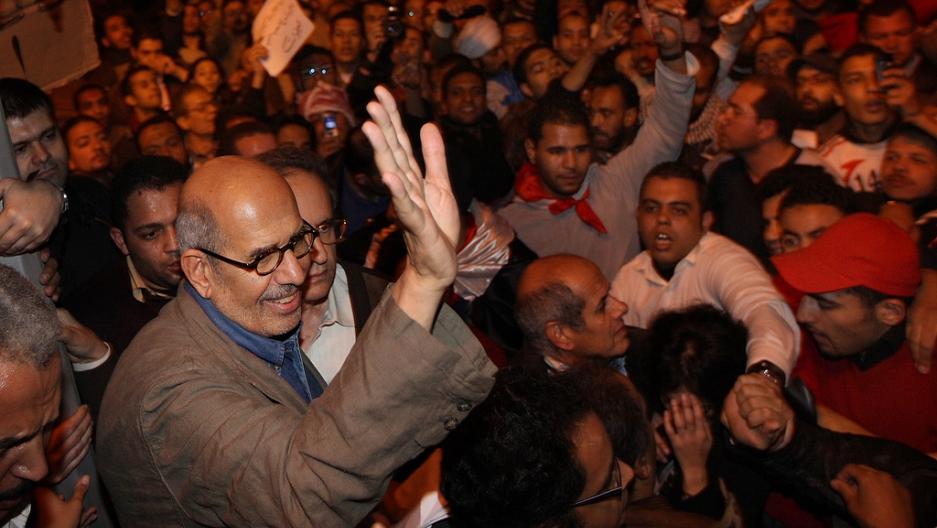 The establishment of the Constitution Party comes too late to be included in Egypt's presidential election next month, the BBC reported.

ElBaradei, who is a former head of the International Atomic Energy Agency, said its prime objective is to get a new democratic system in place and to build the party up over the next four years.

"I am confident that this party will be the one that governs Egypt in the future," said ElBaradei, the former head of the International Atomic Energy Agency, the United Nations watchdog.

"We will not see results tomorrow or the day after. It could take us months or up to a year, and we could become the majority," he told a Cairo news conference, according to Reuters.

ElBaradei said the party was neither secular or liberal but the BBC's Jon Leyne said it was clearly designed to challenge the Islamists who swept recent parliamentary elections and could win the presidency.

In January, ElBaradei announced he was withdrawing from Egypt's presidential race because the military had not created the democratic conditions necessary for a fair election, the Associated Press reported.

At the time ElBaradei had said the military had governed "as if no revolution took place and no regime has fallen," Reuters reported.