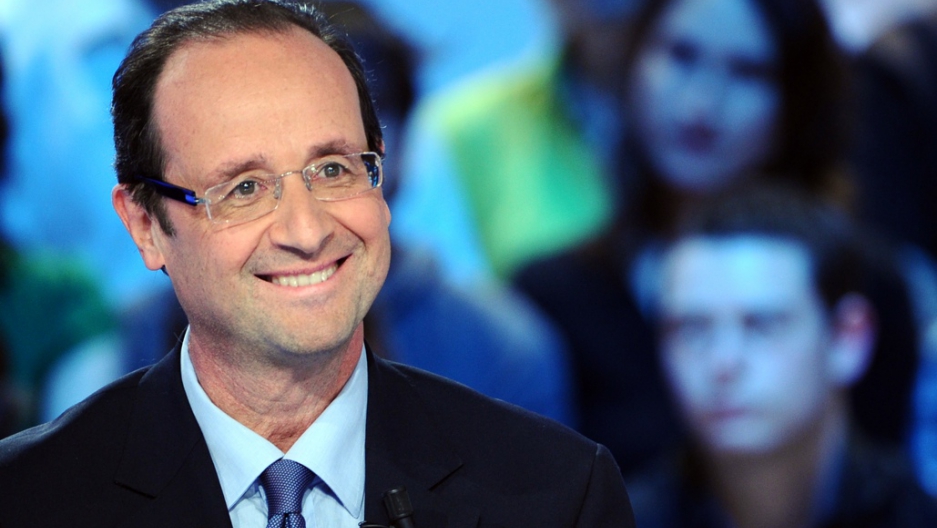 BERLIN — It is hardly surprising that the German Social Democrats are delighted with the prospect of a Francois Hollande victory in France’s presidential election. There are, after all, very few center-left parties in power in Europe these days.

The SPD will be hoping that if the Socialist Party candidate beats incumbent Nicolas Sarkozy on May 6, it will signal a European comeback of sorts for social democracy, and give them a boost not only in forthcoming regional elections, but next year in the national vote.

“Obviously the SPD would feel that a Socialist victory in France would be very good news, and there is often a certain spill-over effect,” says Thomas Klau of the European Council on Foreign Relations. “But on the other hand, the impact shouldn’t be overestimated either.”

He points out, for example, that Spanish voters have just voted out the Socialists. “There is no question of a general trend in Europe.”

At the same time, with a possible Hollande victory, some center-left parties may start to feel they are winning the argument about growth in the euro crisis. While the SPD in Germany broadly supports Chancellor Angela Merkel’s approach — backing her on the bailouts, for example — they have also demanded that she think beyond a narrow focus on savings and cuts.

In general, there now seems to be a shift away from strict austerity in Europe, and that is also apparent in a change of tone in Berlin: "We are not the consolidation Taliban,” was the vehement comment from German Deputy Finance Minister Thomas Steffen at a conference on Wednesday.

Yet it is not clear if this shift is due to recent political developments, such as Hollande’s strong showing and the collapse of the Dutch government, or a recognition in the German capital that pure austerity might not be the right answer.

It certainly means the SPD and Hollande are not alone in their demands for more focus on growth.

Hollande has vowed not to ratify the EU fiscal pact if elected, unless it is altered to include growth measures.

The pact, which will set tough budget rules in stone, was pushed through by Merkel, with the help of Sarkozy. While 25 of the 27 EU leaders signed up to the pact late last year, it still has to be ratified by parliament in many countries, including Germany and France. And the Irish are voting in a referendum on the pact at the end of May. She is convinced that strictly limiting budget deficits is the only way to ensure countries do not run up massive debt burdens in the future.

There is some speculation that he may agree to the fiscal pact as long as a second growth package is adopted as well. In a news conference on Wednesday, the French candidate laid out four parts of a plan he would like to see implemented, including common European "project bonds" to fund infrastructure, a more robust financing role for the European Investment Bank in terms of job creation, a financial transactions tax and more efficient use of EU structural funds.

The measures are similar to proposals from Germany’s SPD, who like Hollande, have said they want to see a financial transactions tax introduced. And they too are in a strong position to force Merkel to make some concessions, as she needs a two-thirds majority in the German parliament to ratify the pact.

However, it remains to be seen to what extent France's PS and the SPD might actually coordinate their tactics to ensure these measures are adopted.

Furthermore it may be too simplistic to portray the debate in Europe in terms of a left-right divide. After all, Mario Monti, the conservative prime minister in Italy, has also been calling for some sort of growth element.

“I don’t see a new dividing line between the fiscal compact on the one side, the conservative Merkel-Sarkozy product, and a growth compact from the center-left on the other,” says Olaf Cramme, director of the Policy Network think-tank. “Most governments now see the need for a growth compact of some kind.”

Klau agrees that there has been a shift in thinking away from pure austerity.

“If Hollande wins the election, this could become a turning point in the euro zone’s joint policies,” says Klau. “Not only because of the Socialist takeover in France, but also because the austerity framework that has been put in place last year, and that is now in its first year of operation, turns out to be far too inflexible, far too unresponsive to changing economic circumstances.”

Meanwhile, even though the SPD and the Socialist Party belong to the same center-left family, they wouldn’t necessarily have the same approach to the crisis. The French Socialists tend to fall quite a bit to the left of the German SPD on the political spectrum.

“The French in general and the French Socialists in particular have a much more easy-going way with debt and inflation than the Germans have,” says Michael Dauderstaedt, director of economic and social policy at the Friedrich Ebert Foundation. “And the SPD is in this regard more German than Socialist.”

And the SPD has to be mindful of a German electorate that is thoroughly opposed to any policies that might be seen as potentially leading to inflation, he argues.

Furthermore, the current SPD leadership is relatively conservative. While there are those within the party who would like to see a more Keynesian approach, the leadership has so far resisted these voices.

In particular, Peer Steinbrueck, a former finance minister and possibly the party’s chancellor candidate next year, would vehemently oppose any turn to the left in the SPD.

While the SPD and the French Socialists have sought closer ties in recent months — with Hollande addressing the party conference in Berlin and SPD leader Sigmar Gabriel going to Paris to back the PS presidential campaign — the parties face very different domestic challenges.

For example, Hollande has pledged to overturn some of Sarkozy’s pension reforms, whereas the SPD under former Chancellor Gerhard Schroeder actually implemented tough welfare and labor reforms that became known as Agenda 2010.

Cramme predicts that Hollande, for all his campaign rhetoric, will likely face pressure to implement tough reforms within months of taking office. “France’s structural problems are huge,” he told GlobalPost.

The SPD is in fact more similar to the British Labour Party, which underwent a transformation under Tony Blair, he argues. “Both have undergone modernization at the end of the 90s, they were in government for quite a long time, have done quite a bit to put the country on the reform path, but have taken a hammering from the electorate because of some of the reforms,” he points out.

The SPD-Green coalition was defeated in 2005 after many of the SPD’s traditional voters abandoned them for the far-left Left Party because of those reforms. The party managed to stay on in government as junior partner to Merkel’s CDU until, in 2009, they suffered their worst ever result of 23 percent and went into opposition.

With more than a year to go until Germany’s next election, the SPD has to work out where to position itself ahead of that campaign. While it ideally wants to reform its alliance with the Greens, the rise of the Pirate Party may mean the SPD doesn’t have the numbers. The more likely outcome looks like another grand coalition with Merkel’s CDU.

Read more: What the French elections mean for Europe

The SPD will soon be able to gauge whether Hollande’s performance in France means the winds of change are really blowing to the left. It faces two regional elections in May, first in Schleswig-Holstein and then crucially in the large state of North Rhine-Westphalia, regarded as a bellwether for the national political mood.

Yet while the SPD is expected to do well in those elections, when it comes to the big battle to unseat the CDU next year it is at a distinct disadvantage to Hollande.

In Nicolas Sarkozy, he has been fighting an extremely unpopular incumbent. The German SPD have to take on the incredibly popular Angela Merkel.