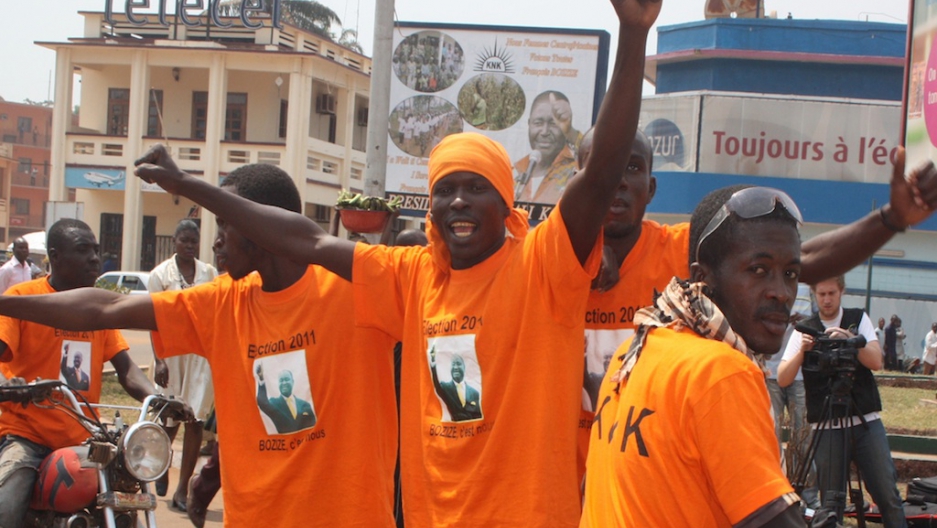 BANGUI, Central African Republic — The young English-speaking Cameroonian businessman seated next to me on the Ethiopian Airways flight asks if I’m going to the Central Africa Republic “on hols.” I’m at a loss at how to answer such a question.

Surrounded by basket cases like South Sudan and the Democratic Republic of the Congo, the CAR sits sleepily among the ruins like a run-down pawnshop in a dodgy neighborhood.

We land in Bangui with a jarring thud on the rutted runway and disembark, but before we’ve even made it to the cramped, chaotic arrivals hall, one of the Chinese passengers is nearly arrested for taking pictures of our plane. Clearly he doesn’t understand that blind paranoia that is one of the two primary motivators of security forces in this part of the world. The other is of course greed. The city is full of shabbily dressed policemen, gendarmes and soldiers (some in their early teens), most keenly focused on separating the citizens from their francs.

The main roads of the city are muddy and potholed, but bear proudly nationalistic names like “Avenue des Martyrs”, or predictably colonial ones like “Boulevard De Gaulle” and “Place LeClerc.” Grand flamboyant and mango trees, their trunks painted white, line the streets.

As usual in Africa, there are constant reminders of the disconnect between rules and reality. A man relieves himself against a wall painted with a stern reminder that “public urination is forbidden.” The compound of the police “mobile brigade” is full of the carcasses of ruined vehicles. A sign reading “By order of the mayor’s office, No dumping litter here” is surrounded by refuse.

My hotel is a block from the residence of the widow of former self-proclaimed “life president” and ruler of the Central Africa Empire, Jean-Bedel Bokassa. For anyone over the age of 40, the emperor’s era was the last good time in the CAR. To hear them tell it, the country was safe, food was affordable, and power was reliable.

This is a sad commentary on the rule of current President Francois Bozize. In power for a decade, first by force of arms and then through two shoddy elections, the people compare his performance unfavorably to one of the continent’s most notorious dictators.

The presidential motorcade roars through downtown and we all dutifully halt and wait for it to pass. Taking no chances, the big man’s luxury SUV has tinted windows and is shepherded through the streets by pickup trucks filled with fierce commandos holding automatic weapons. An image of an angry scorpion is painted on their vehicles' doors.

Although it’s far and away the best place in the CAR, Bangui was recently ranked by a business survey company as the second worst city in the world, just after Bagdad. The CAR is rated number 179 out of 187 countries on the UN’s Human Development Index, most of the country's 5 million people don't live well.

Power cuts are frequent, government services ludicrous, and most essentials are absurdly expensive, especially those items which are imported, which means virtually everything other than cassava and beer. The CAR is not an industrial powerhouse, and the economy, with a GDP estimated at $2 billion, is almost entirely commercial and these days controlled by Lebanese and Syrians. Reminders of the former French and Portuguese leaseholders remain above the shops of the downtown: Ets. Rolland, Dias Freres, etc.

Some of the city’s precious electrical power is used to illuminate a Hollywood-style sign — reading BANGUI in giant block letters — on the hill overlooking the city.

A street vendor sells me a bundle of “daily” newspapers, looking a lot like the thin, mimeographed screeds of my high school journalism career. The two most recent are from this week, while the others are several months old. Headlines include “Bogangolo City Invaded by Bandits” and “The Central African Republic Celebrates World Meteorological Day.”

At one time the city boasted two fine French hotels overlooking the broad brown Ubangi river and just across from the Congolese village of Zongo. The Novotel is now a moldering hulk, bullet scarred and home to squatters. The Sofitel, renamed The Oubangi, smells of urine and desperation.

Occupying another prime piece of riverine real estate is the Embassy of France. Although France's power has waned dramatically, there are still French soldiers driving through town in their Land Rovers or sipping espressos at the ambitiously named Grand Café. In any bar or restaurant, there is always a TV blaring the news from France 24 of the French elections or a culinary feature on “le jambon de Bayonne”.

But the influence of the Anglophone world is present as well. Given half a chance, young Central Africans, dressed in knock-off hip-hop gear, will say something, anything in English. My hotel waiter informs me without a trace of irony that he is working on his Master’s thesis on “the role of blacks in building the American economy.”

As always, the Sinophone world is not far behind. Chinese are exploring for oil in the tense north of the country near the Sudanese border. One shudders to think of the effects of petro-dollars on a country so deft at corruption yet bereft of solid institutions. If you like Nigeria, you’ll love the CAR.

The maid enters my hotel room to clean and stops before the TV showing an old horror movie about Haitian voodoo. Transfixed, she stares for a long minute as a giant snake slithers under the blanket of a sleeping Jeff Daniels. Then she shudders and says: “Those are the same things that happen here. Magical things.”

It will take powerful magic to transform the CAR into something approaching a real country.

Chris Hennemeyer is a Washington, DC-based international development consultant with over 25 years of African experience.