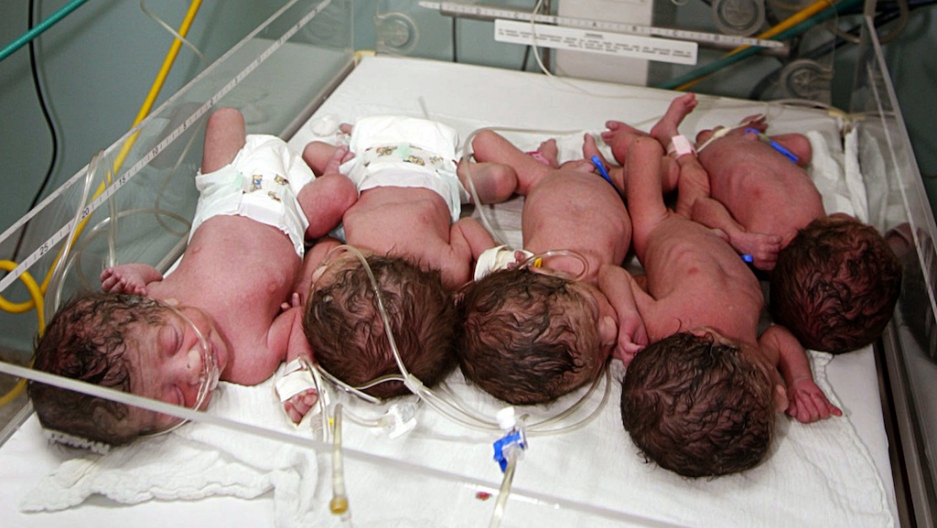 Palestinian quintuplets -- four boys and a girl -- at the Shifa hospital in Gaza City on February 21, 2007.
Share

A woman in Mexico is pregnant with nine babies, state-owned Notimex reported today.

She is due to give birth next month, according to Milenio.

Reuters said the successful delivery of nonuplets would be one of the highest multiple births ever recorded in the world.

Perez and her husband Juan Bernardo Morales Garcia, who live in the northeastern state of Coahuila, have no social security or health insurance. They
went on local television on Thursday to ask the public for help to pay for incubators for the nine babies.

“It’s too early to think about names. My main hope is that everything is okay,” Perez told Notimex.

Fox News Latino quoted the local mayor of Arteaga as saying the town was prepared to provide assistance to the couple and that neighboring towns were all “godparents” of the babies.

The governor of Coahuila also said the state would help Perez and her husband cover the cost of milk, diapers and medical expenses, according to Milenio.