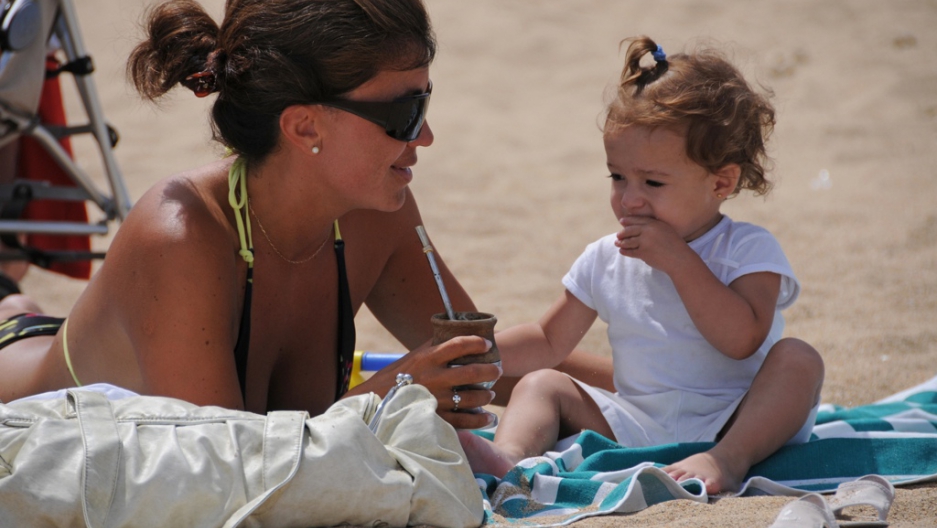 LIMA, Peru — Argentina President Cristina Fernandez de Kirchner has been under the gun lately. But now she’s contending yet another crisis. This one is a politician’s nightmare, affecting the daily habits of many citizens.

It involves mate, the Argentine people’s stimulant of choice.

Pronounced “MAH-tey” and served hot in a hollow gourd with a metal straw, many Argentines slurp the caffeine-laced herbal drink throughout the day, instead of coffee or tea.

Yet in recent weeks a combination of rising production costs for growers, alleged economic incompetence by the Fernandez government, and hoarding by retailers have left Argentines finding it increasingly hard to get their daily mate fix.

“Reality is the only truth. Mate is not appearing” on shop shelves, thundered opposition Senator Jaime Linares.

For many Argentines, the mate crisis could soon become more pressing than the recent, high-profile expropriation of the Spanish-owned oil company YPF, or the simmering row with Great Britain over the Falkland Islands.

At the root of the problem is Argentina’s rampant inflation. Officially, it is 9.7 percent but most independent economists put it at more than double that figure.

That has prompted significant price hikes for seeds, equipment and fertilizer used by the small and medium-sized farms that grow roughly three-quarters of the country’s annual 130,000-ton harvest.

Yet the wholesale price of mate, fixed by state agency the National Yerba Mate Institute (INYM by its Spanish initials), has failed to keep up, forcing many growers to sell their crops at a loss.

On Monday, after an outpouring of discontent from growers — including a threat of a national strike — INYM finally raised the wholesale price for freshly picked mate leaves 89 percent, to 1.70 pesos (roughly 39 cents) per kilogram.

That has left the Fernandez government scrambling to prevent the hike from being passed on to consumers, particularly the urban working class on which the president’s Peronist party depends for many of its votes.

Some supermarkets had allegedly been both hoarding yerba mate (mate leaves) and raising the retail price in anticipation of the mate institute’s measure.

“What is happening with the price of yerba [mate] is a disgrace,” railed Agriculture Minister Norberto Yauhar. “It is purely and simply criminal and we are going to shut down any businesses that we have to.”

Meanwhile, the president has talked of Argentina importing mate if the shortages do not ease.

Cristian Rocca, of the Agrarian Federation of Argentina (FAA by its Spanish initials), which represents small and medium-sized mate producers, told GlobalPost, “There is a psychosis among retailers.”

“They are stockpiling mate rather than putting it on their shelves because they think they will be able to sell it at a higher price in a month or so.”

Yet the shared anger at the supermarkets may be just about the only common ground the agrarian federation has with the government.

Rocca went on to label Fernandez’s handling of the crisis as “populist,” warning that the only beneficiaries would be the corporations that buy up and market most of Argentina’s mate.

Those companies are increasingly growing their own mate in an effort to reduce costs. That process, with the FAA’s members gradually being squeezed out, is being speeded up by the latest pricing crisis, said Rocca.

“Despite the government’s populist discourse, the reality is that you have a concentration of economic power and the big companies remain very close to power,” he added.

One unexpected country is worsening the mate industry’s financial problems: Syria. It has been the world’s top importer of mate, after the habit was brought back to the Middle Eastern country in the 19th century by migrants to South America. But upheaval in Syria is crimping its imports, leaving Argentine mate exporters reeling.

An evergreen shrub of the holly family, mate is also widely consumed in southern Brazil, Bolivia, Paraguay and Uruguay, although no country is as addicted to it as Argentina. In addition to caffeine, it contains several other related compounds that together give a gentle energy lift.

The yerba mate crisis is the latest to hit Argentines’ traditional eating habits. Last year, Argentines consumed on average 53.4 kilograms (118 pounds) of beef per person. That might seem like a lot, but it was actually the lowest level in more than half a century.

The drop was caused by a combination of meat shortages and rising prices after a huge drought in 2009 shrank Argentina’s massive cattle herd by 4 million head. Meanwhile, soy has replaced beef as the country’s top agricultural export.

More galling still, perhaps, is that Argentina has now ceded the world’s No. 1 spot for per capita beef consumption to neighboring Uruguay.