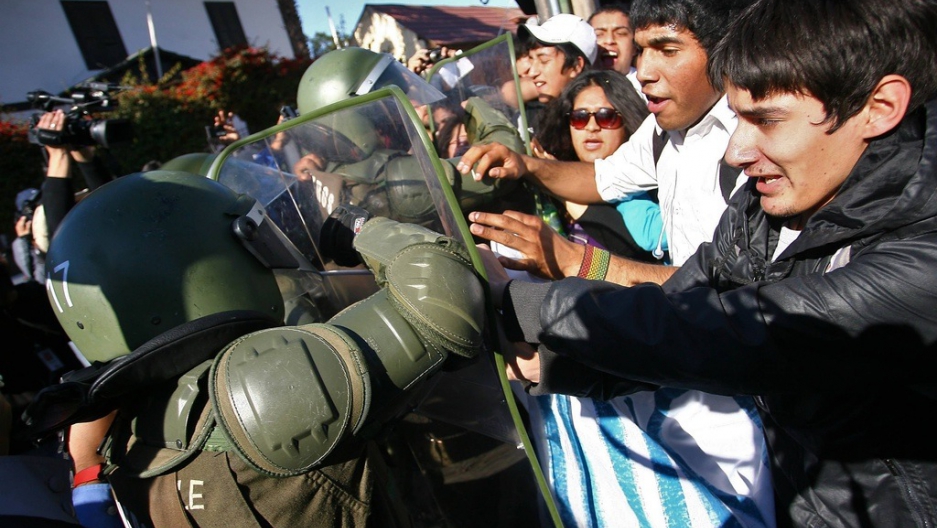 Tens of thousands of students in Chile have taken part in protests for education reform, rejecting President Sebastian Pinera's $700 million in funding — said to be collected in a tax overhaul — as too little to make any real changes.

Organizers said at least 50,000 students marched in Santiago on Wednesday, with police putting the number of attendees at between 25,000 and 30,000, reported BBC News. Student leaders said Pinera's plan to direct the extra tax money to education isn't enough.

"This is a very profound change. It seeks quality and equal education. It establishes a system of credit that favors 90 percent of the students, and the state will provide the resources," Pinera said, according to the Associated Press. "Businesses will have to pay more taxes."

Pinera also said in the television broadcast that more details of the proposal would be announced today once the plan is submitted to congress.

The Santiago protest was largely peaceful, but a small group of protesters set a guard booth on fire later in the day, reported Al Jazeera. The group also tried to vandalize a traffic light and threw rocks at police, who responded with water cannons.

"We will carry on making history... We students will not give up the fight to make education a public right," student leader Gabriel Boric said, according to BBC News.

Smaller protests were also held in other Chilean cities, including Valparaiso and Concepcion.