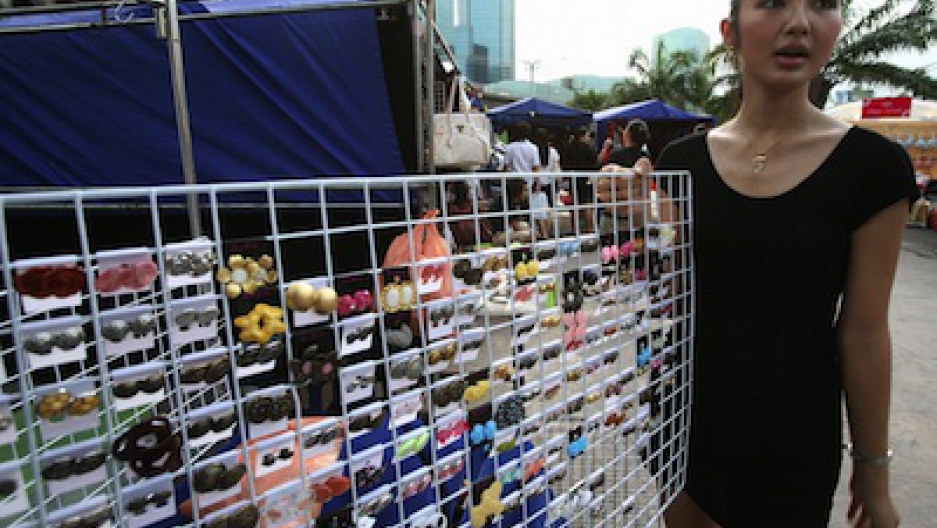 You wouldn't know it from this photo, but Yonlada "Nok" Suanyot was born male.

And if Nok wins a coming election in a sleepy, largely conservative Thai province, she could become the highest-ranking transgender politician in the country's history.

Nok, according to both the Bangkok Post and The Nation, is competing for provincial office in Nan, Thailand. To the best of my knowledge, no male-to-female transgender Thai (called "kathoeys" in Thai) has been elected to anything higher than a small, district-level position.

She is perhaps best known as the singer "Posh Venus" in an all-transgender pop group called Venus Flytrap. (Nok has since left the group.)

Thailand is often seen as widely accepting of kathoeys. Compared to most societies, it is. But outside of the entertainment industry, kathoeys often find it difficult to ascend to lofty positions of power.

Upwardly mobile kathoeys often feel they're passed over and not taken seriously. They remain the butt of jokes on televised variety shows. Until a recent change in military policy, they were conscripted and summarily dismissed as "permanently insane" or "deformed," a diagnosis that appears on papers male-born Thais are often expected to submit during job interviews. (My article "The Lovely Conscripts" profiled this phenomenon in 2010.)

But the artist formerly known as Posh Venus appears to have earned her business bonafides. According to The Nation, she's a PhD candidate who "owns a jewellery business and runs a satellite television station."

In her bid for office, Nok will likely find that her looks overshadow her political platform. A Facebook photo of Nok standing next to her campaign signage suggests she's running on typical Thai political promises: addressing flood woes, services for youth and the elderly and a vow to open a 24-hour citizen complaint hotline.

Via his Facebook page, here's her most viable rival, Pawat Sattayawong, a candidate with Thailand's ruling political party, Pheu Thai.

A victory for Nok wouldn't usher in a new era of universal acceptance for Thailand's kathoeys.

But many Thais will be curious to see whether a transgendered candidate can win over enough voters to gain political power in an otherwise sleepy province.