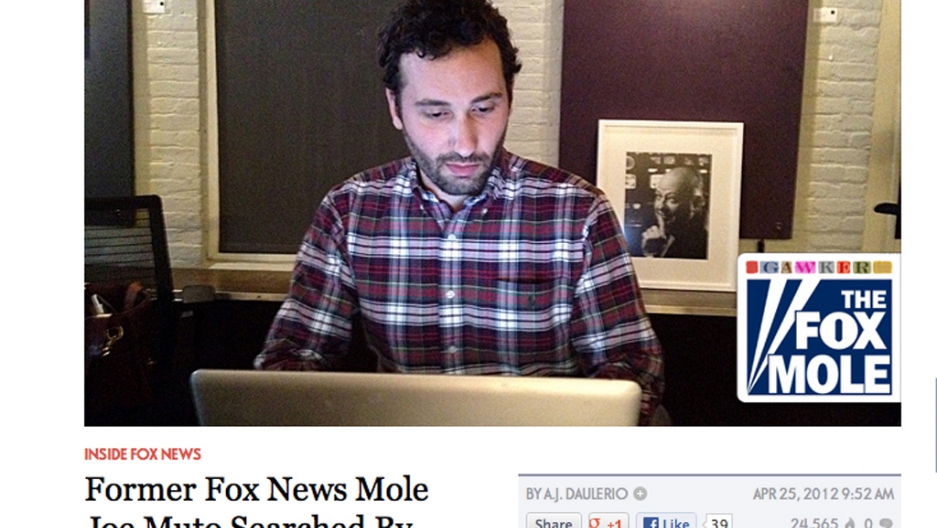 Joe Muto, the Gawker double agent who went undercover at Fox News, had his apartment raided by police on Wednesday, Slate reported.

Muto, a former associate producer at “The O’Reilly Factor,” is being investigated by the New York's District Attorney's office for leaking behind-the-scenes videos from Fox News to Gawker, Forbes reported. According to his Twitter, the charges against him include “ grand larceny, amongst other things.”

Muto tweeted about the search this morning:

I just got search warranted at 6:30am by a very polite crew from the DA's office. Took my iPhone, laptop, some old notebooks.

The District’s Attorney Office declined to comment on the open investigation to Forbes and other news outlets.

On Twitter, Muto also took a jab at Fox News and its parent company News Corp., whose chairman Rupert Murdoch testified before the Leveson Inquiry today.

I should have done something more innocuous, like hacked a dead girl's phone and interfered with a police investigation.

Muto explained his decision to act as an undercover mole at Fox as "a primal scream from a long-time FOX employee who just couldn't take it anymore and could not take it one more day in that place," he told the Village Voice.

“The mole shows a culture that believes in theft, a lack of loyalty, turning on his colleagues, lying to management, and there are some real, ethical, serious questions about it," FOX News CEO Roger Ailes said in a speech at University of North Carolina earlier this month, Poynter reported.

More from GlobalPost: Rupert Murdoch never asked for anything, he tells inquiry

Gawker paid Muto $5,000 for two articles he wrote — one about the restrooms at Fox News, and another about previously unseen footage of Mitt Romney discussing horses with Sean Hannity — and Gawker's COO Gaby Darbyshire told Poynter that Muto remains an employee and that the company will be providing him with legal support.

As of Wednesday afternoon, Gawker had not been searched or served with subpoenas, Darbyshire told Poynter. The gossip news website published the search warrant served to Muto, which can be viewed here.