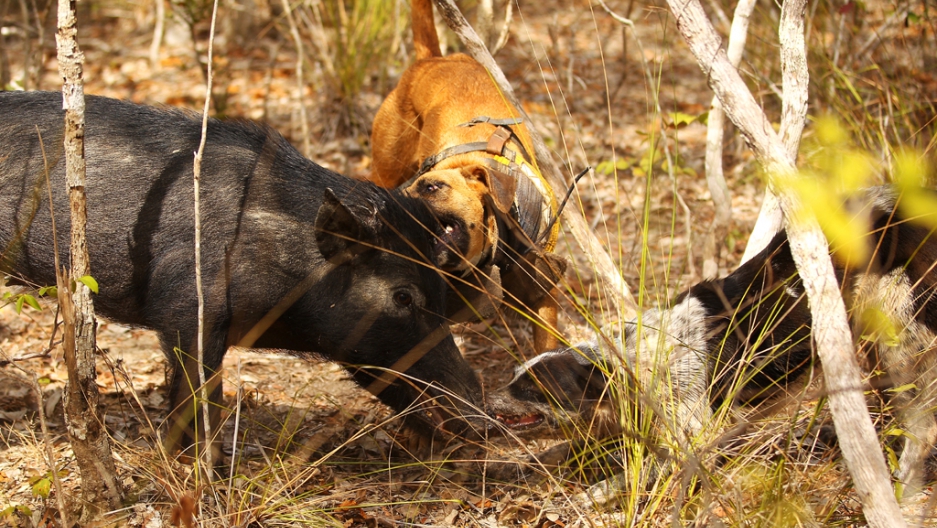 A feral pig is bailed and held by two pig dogs during hunting on Silver Plains Station on October 8, 2011 outside of Coen, Australia.
Credit: Mark Kolbe
Share

A Florida man accidentally shot his girlfriend in both legs, thinking she was a wild hog.

Steven Egan, 52, was hog hunting Saturday night with girlfriend Lisa Simmons at a hunting camp off a rural county road in Flagler when he shot at a hog and left Simmons behind to go look for it, authorities told ABC News.

Unbeknownst to Egan, Simmons also left the tent to pick up oranges that had fallen from a tree on the property, according to ABC.

Egan said he then heard a noise in the woods and shot at it, thinking it was the hog. But instead he sent a .30 caliber rifle shot through both of Simmons' upper legs, the Orlando Sentinel reported.

Simmons had to be airlifted to a local hospital, where she underwent surgery Sunday, the Daytona Beach News-Journal reported.

Authorities told ABC News they did not plan to charge Egan in the incident.

"He was very sympathetic that he'd shot his girlfriend," Maj. Steve Clair with the Flagler County Sheriff's Office told ABC. " It was an accident. I think it was just a violation of one of the cardinal rules of hunting which is you never shoot what you don't see."