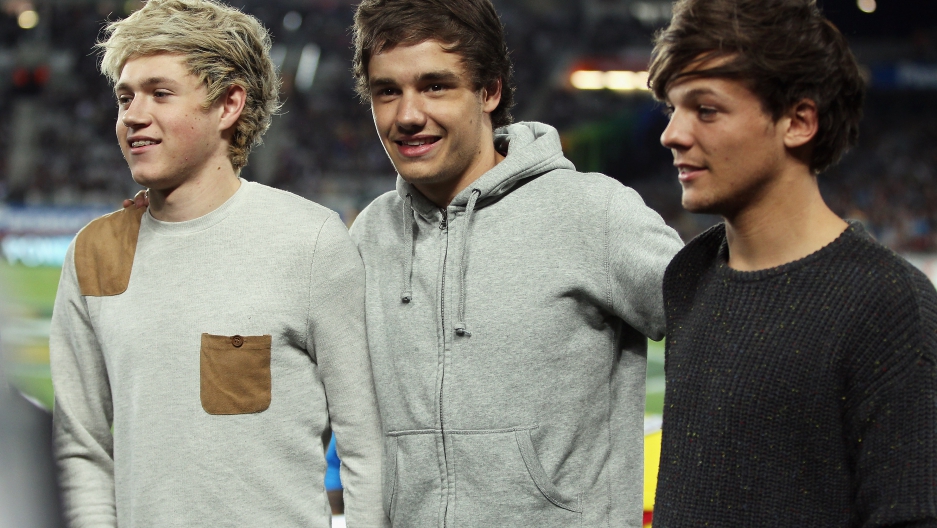 Niall Horan, Liam Payne and Louis Tomlinson of One Direction look on from the sidelines during the ANZAC Test match between the New Zealand Kiwis and the Australian Kangaroos on April 20 in Auckland, New Zealand.
Credit: Hannah Johnston
Share

Now, now, lads, there could be many reasons it burns when you pee.

Two stars from the Anglo-Irish boy band One Direction fear they may have contracted the sexually transmitted disease chlamydia after being peed on by a koala in Australia, according to The Sun.

The newspaper reports that 18-year-old singers Liam Payne and Harry Styles visited a Brisbane sanctuary and cuddled with a Koala named Kat who peed on them.

“I’m genuinely scared. This is worrying. I’d have never picked the thing up if I’d known,” Payne was quoted as saying.

Australia’s Koala population suffers from widespread Chlamydia infection according to The Telegraph, which cites the Australian Koala Foundation as claiming in 2009 the species faced extinction in 30 years.

Surveys have shown that up to 50 percent of Queensland Koalas have the disease, according to The Jakarta Globe.