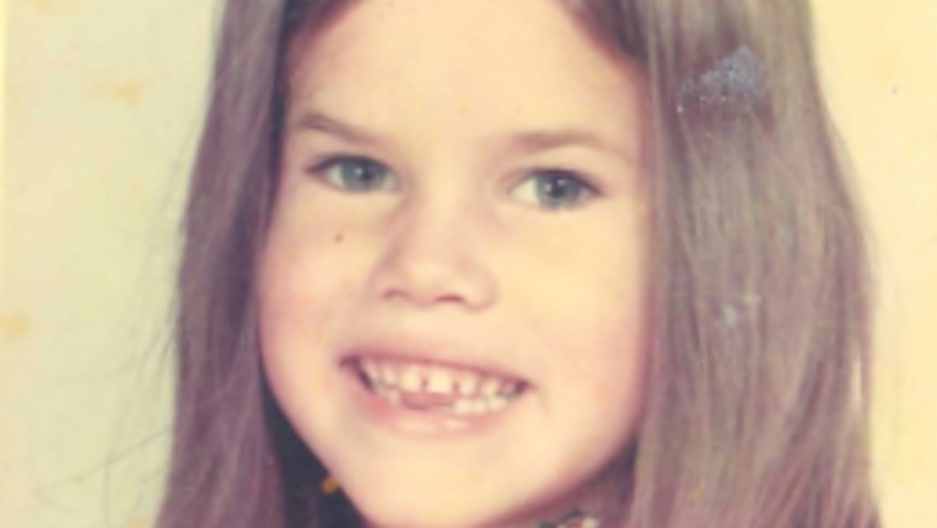 WASHINGTON – She’s missing two front bottom teeth and her red hair band matches her red-and-white flowered blouse. Amie Batson looks at the picture of herself at age five, the third of four children to Bob and Carol Batson in Newington, Conn., and feels so lucky.

“I walked to school, I lived in a nice safe neighborhood, I had a pale orange canary named Angel,” said Batson, Deputy Assistant Administrator for Global Health at the US Agency for International Development. “Both my two daughters and I are very fortunate to have grown up in a safe environment, with clean water, and all our immunizations. So many children don’t have those things, and many don’t survive.”

An estimated 7.6 million children die before their fifth birthday, which is the reason that USAID yesterday launched a social media campaign, “Every Child Deserves a Fifth Birthday.”

USAID wants people to post pictures of themselves or their children at age five. The aim is to create awareness around the world that no child should die from a preventable illness. While major progress has been made – an estimated 12 to 13 million children were dying annually three decades ago – the number of deaths remain extraordinarily high.

“We can prevent most of those deaths,” Batson said in an interview. “We have cost-effective, high-impact tools and we know they work. We’ve adopted them, and not in just rich countries, but in a lot of developing countries. These tools can make a huge impact on child mortality. It comes down to real political will and the governance that happens with more country ownership.”

Tools in a backpack

Most of those tools fit in a backpack.

It was a blue-and-black LL Bean backpack, to be specific, that was carried yesterday by USAID Administrator Rajiv Shah onto the stage of a Kaiser Family Foundation event that launched the 5th Birthday campaign. The backpack, said Shah as he unzipped it, contained a treasure of life-saving items.

More from GlobalPost: USAID: Every child deserves a 5th birthday

He pulled out two orange flesh sweet potatoes (rich in vitamin A); a packet of nevirapine (used to prevent HIV transmission during childbirth); zinc (it prevents life-threatening diarrhea); vaccines against pneumococcal diseases and rotavirus, both major childhood killers; oral rehydration solution (it saves children with diarrhea); bed nets (protecting against malaria); and a small mask with a self inflating bag (resuscitating most newborns with asphyxia).

“All of it costs $30 together,” he said. “They can lead to a massive reduction in preventable child death in the developing world.”

Challenges for the US government

The backpack and the 5th birthday photographs made for powerful symbols. But the event at Kaiser which provides support for GlobalPost’s global health coverage, (See Editor’s Note below) dug a little deeper. It also highlighted numerous challenges facing the major US government advocacy effort on child survival, which includes a gathering of world health leaders in Washington in June to push a new plan aimed at reducing preventable child deaths to zero.

One of the biggest challenges: Are US citizens demanding that its government launch a major initiative to prevent deaths of children in, say, India, Nigeria, and Democratic Republic of Congo?

Michael McCurry hears no outcry. McCurry, President Clinton’s press secretary, a partner at the lobbying firm Public Strategies Washington, and co-chair of the Commission on Presidential Debates said that the only way the child survival issue would rise is if a huge groundswell of the public demand it.

“This is a hard issue to elevate, particularly in a presidential campaign year,” he said. “How do we really effectively communicate this in a way that gets people drawn into these issues? What does it take for a president engaging and thinking about these issues? Right now, we don’t have that. We don’t have a chance in hell to get it raised in the presidential debates, unless everyone in this room does something about it.”

The need to select one issue

Amanda Glassman, director of Global Health Policy for the Center for Global Development, a Washington think tank, said that the US government had to stop trying to promote multiple global health issues and settle on one.

“You have three big goals or events, this summer around global health,” she said. “Is it necessary to have one goal? You have the ‘AIDS-free generation,’ the family planning summit, the child survival call.”

Said McCurry: “Three is too many. You need one.”

Ariel Pablos-Mendez, USAID’s Assistant Administrator for Global Health, wouldn’t say that child survival could be the only issue, but he said: “We need to come together with a single voice to make this case.”

In Newington, Conn., the case has been made with the Batson family. Amie Batson’s parents, Bob and Carol, are now both 75, and they run a factory that makes industrial epoxies. They spent a few hours one night recently digging through a plastic tub of old and yellowed photographs of their children.

It made them think about their kids when they were five, and about other five-year-olds, too.

“You look at these pictures, and you wish you had taken more,” said Carol Batson. “The ones you have are so valuable. Instead of making a snowman, they made a snow rabbit – things like that you would have forgotten entirely.”

“We scrambled through so many photos,” said Bob Batson. “We were glad we did. This 5th birthday campaign sounds like a great idea. Anything that will promote the health of kids around the world, that’s wonderful.”

(Editor’s Note: The Kaiser Family Foundation provides support for this blog and for GlobalPost’s global health care coverage. As spelled out in GlobalPost guidelines for foundation and corporate support, GlobalPost has complete editorial control of all content.)