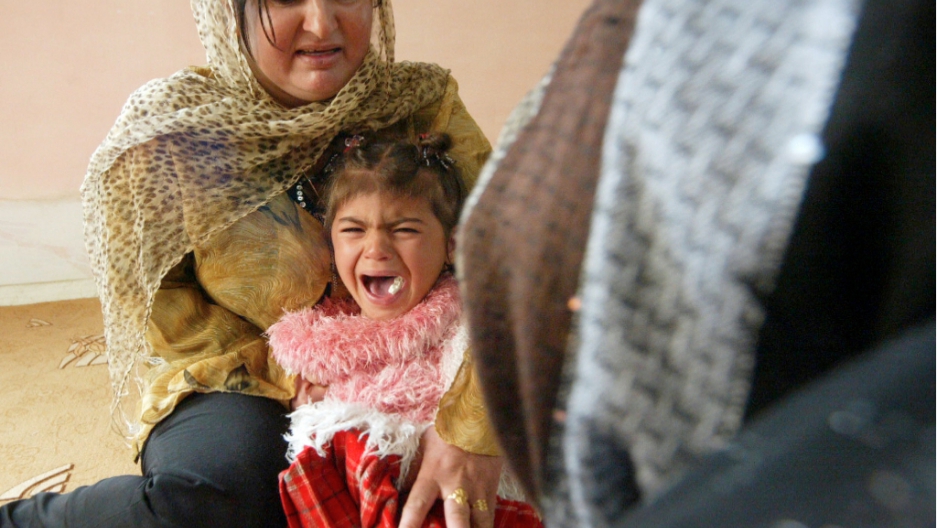 An investigative report by Britain's Sunday Times suggests that UK doctors routinely perform female circumcision in violation of the law, with as many as 100,000 women in Britain subjected to the barbaric procedure, The Guardian cited the report as saying.

The revelation comes a week after Sweden's minister of culture sparked outrage by cutting into a cake depicting a naked black woman as part of an art event meant to raise awareness around female circumcision.

The practice is widespread in Africa and parts of the Middle East. The reported surge in demand in Britain may be due to the influx of African refugees there. Asylum claims from Libyans jumped from 100 in 2010 to 700 in just the first six months of 2011, The Telegraph reported.

The charity Forward estimates that over 6,000 girls in the UK risk being subjected to female circumcision every year.

The Sunday Times report, which bases its claims on the secret filming of a doctor, dentist, and alternative medicine practitioner reportedly willing to perform the operation, claimed that girls as young as 10 years old had been subjected to the procedure, reported The Guardian. Female circumcision is a painful operation in which external genitalia are surgically removed and the vaginal area stitched shut as part of a traditional ritual mistakenly believed to protect virginity.

The Sunday Times cited one doctor allegedly charging £750 for the surgery, reported Sky News, which went on to quote an exchange recorded by The Sunday Times:

Omar Sheikh Mohamed Addow: I will do it for you.
Sunday Times reporter: Thank you.
Addow: Nobody should know. Between you me and Allah only.

The medical personnel quoted in the Sunday Times report deny the accusations. Birmingham dentist Omar Sheikh Mohamed Addow told Sky News that "I have not referred anyone for this treatment," adding, "I am aware of female genital mutilation and have campaigned against it."

Those charged with administering the procedure can be jailed for up to 14 years, said The Guardian, quoting the Sunday Times as saying no one has ever been convicted in England or Wales.

Britain's Metropolitan police, meanwhile, told The Guardian they have received only 166 reports of people at risk of female circumcision since 2008.