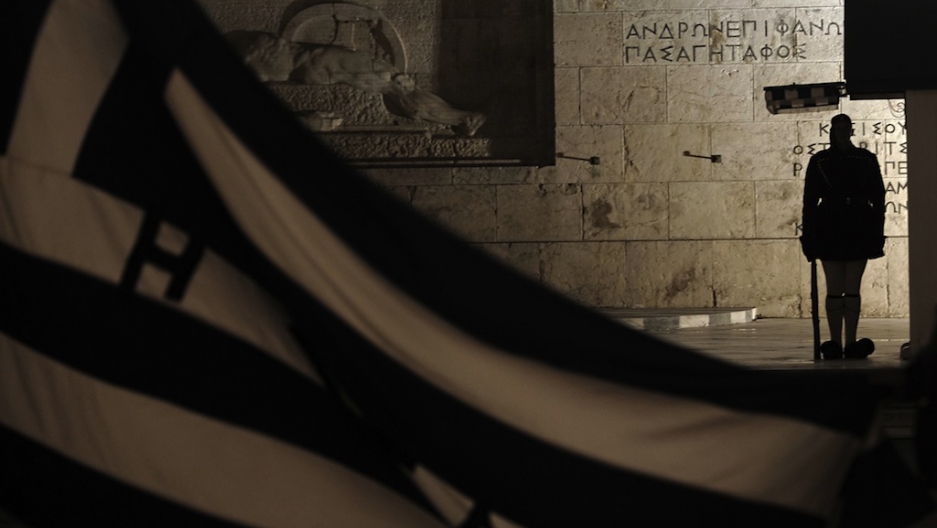 A Greek Presidential guard stood behind a Greek flag during a demonstration in Athens on Feb. 9.
Credit: Aris Messins
Share

"To them, you are just economic indicators, deficits and balance sheets - but there are no indicators for misery," said a statement that the hackers left on the website. Police told Reuters that they think the hackers are associated with Anonymous.

Tax evasion is a massive problem in Greece. “Only the stupid pay tax,” one eye surgeon said, according to The Daily Telegraph. And CNN reported in October that the Finance Ministry is owed $56 billion in uncollected taxes. But some say that the tax evasion isn't the fault of citizens, but rather a reflection of a much bigger problem with the Greek tax collection system overall, according to CNN. And some Greek citizens feel that they shouldn't have to pay taxes while they suffer from steep austerity cuts.

This is the third time that a Greek government website has been hacked since February, Reuters said. At the end of February, a group that claimed to be associated with Anonymous hacked into the Greece justice ministry's website and threatened to erase the debts of Greek citizens.