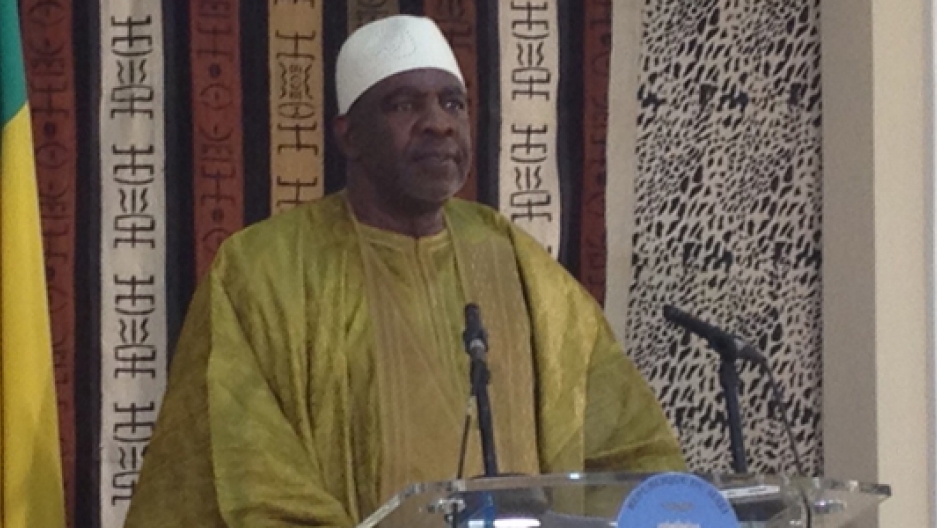 Mali’s new prime minister is an American citizen who’s served as an “interplanetary navigator” at NASA.

Cheick Modibo Diarra is expected to form a government within the next few days, put an end to the political turmoil in the capital and find a solution to the crisis in North Mali.

Archive images of Mars Pathfinder splashed all over Mali state television the night of Modibo Diarra’s nomination as the country’s interim leader. Diarra operated the American spacecraft that landed on Mars in 1997.

The TV report went from a picture of his modest school in Mali’s countryside to one of NASA central command. The report called it “a success story for a scientist schooled and raised just like any other kid on the block ... who found himself at the head of a mission of utmost complexity.”

The anchor was speaking about Diarra’s Mars mission, but that statement could just as easily apply to the challenges he now faces as Mali’s prime minister.

In Bamako, Diarra and interim President Diacounda Traoré are expected to restore constitutional order after last month’s coup and rein in the coup's leaders.

Earlier this week, protests broke out over the arrest of 22 political and military leaders. Among those rounded-up were a former prime minister, a former defense minister and several other key allies of ousted President Amadou Toumani Toure.

Al Kamis, from the anti-coup coalition, said this campaign of arrest and detention had no judicial basis.

“We are in a state of law that requires due process,” Kamis said. “People can’t be rounded up at two in the morning in their homes. If we need to arrest them, the president should give law enforcement a mandate to do so.”

The ex-junta says they suspected the 22 of plotting a “counter-coup”. But others saw the arrests as a show of force by coup leaders intent on proving they still have the upper hand despite handing over power to civilians.

The 22 individuals were released late last week, yet many say it’s still hard to tell who’s in charge right now.

Moussa Traoré, another man at the protest, said Mali right now is divided into three states: the self-proclaimed Azawad State in the North, the constitutional republic led by the interim President, and what he calls the “coup d’état state."

Three weeks ago Touareg rebels aided by Islamist groups took control of the northern towns of Gao, Kidal and Timbuktu and declared the independent state of North Mali.

In his first address to the nation on Friday, Diarra said the country is facing the most challenging moment in its history, and that Mali won’t give up even an inch of territory.

But Western help could hinder rather than facilitate negotiations with some of the rebels.

The Islamist group Ansar Din said they are open to talks with Bamako but only on one condition: No Western state or non-governmental organization should interfere in the negotiations, or play a role in the humanitarian corridor soon to be setup that would channel food and medical assistance to North Mali.