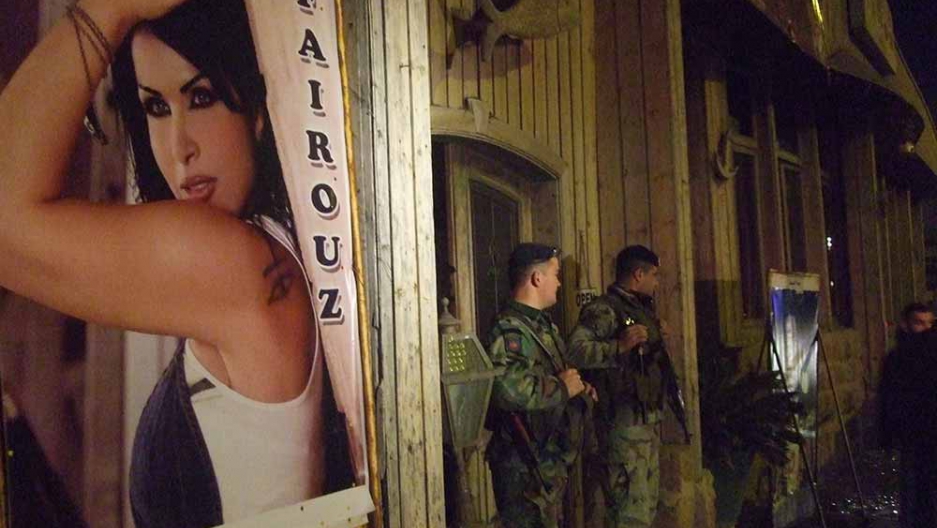 Lebanese Army soldiers secure the entrance of the restaurant which was rocked by an explosion early on December 28, 2011 in the southern city of Tyre.
Credit: Stringer
Share

BEIRUT, Lebanon — A restaurant in the southern Lebanese city of Tyre was rocked by a bombing early Monday morning, according to The Daily Star.

Five people were reportedly injured in the attack, which authorities say targeted the Nocean restaurant, which is in a shopping complex that also houses a McDonald's restaurant.

Reuters wrote that there have been several bombings of alcohol-serving establishments in Lebanon's majority-Muslim south. The bombings have apparently had a chilling effect on local business owners, with some taking liquor off their sales racks.

Tyre is a mixed city with Christians and Muslims, though its population predominantly Shiite Muslim. The New York Times wrote that there were at least four early morning bombing attacks on southern restaurants and stores that sell alcohol.

The Times noted that attitudes toward alcohol consumption - and even public intoxication - vary widely across this tiny eastern Mediterranean nation of 18 recognized religious sects. "In large swaths of the country, drinking in public — or even behind the wheel of a vehicle — does not raise many eyebrows," the paper wrote.

Authorities are not sure who is behind the bombings, as Tyre is a stronghold of Amal and Hezbollah, groups that have demonstrated "relative tolerance" toward the sale of alcohol. Sidon, north of Tyre, has a stronger Salafi presence amongst its majority Sunni population. Salafis vociferously oppose alcohol in all forms.

"Today in Sidon, it is almost impossible to find an alcoholic beverage," the Times wrote.

Zahi Zaidan, owner of Nocean restaurant, said the bombings was "100 percent linked to the sale of alcohol." He said he would stop serving liquor "since the soul is more precious than alcohol," he told the Star.