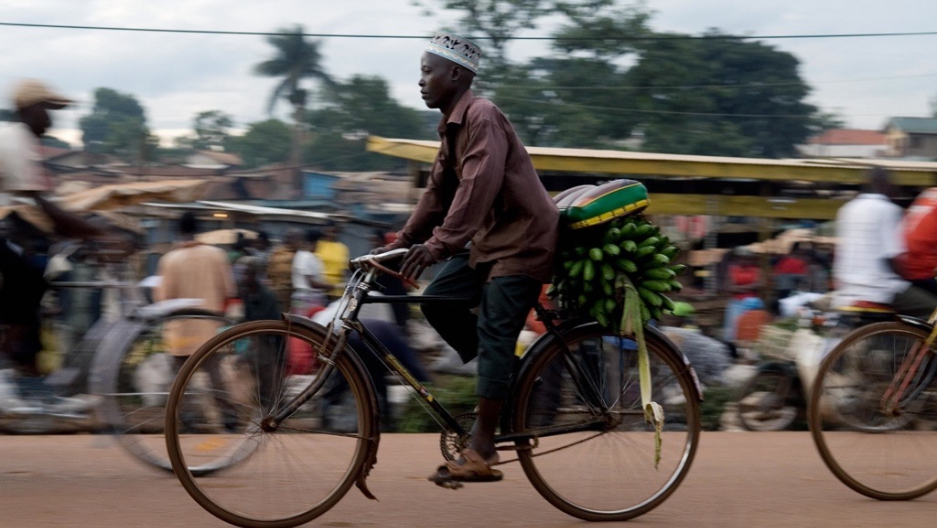 KAMPALA, Uganda — Bananas are a big deal in Uganda. The average person in this East African nation of 33 million consumes 660 pounds of the fruit annually, the highest rate in the world.

The many varieties grown here include tiny sweet dessert bananas, cooking plantains, and Cavendish bananas, the type usually eaten in Europe and North America. Ugandans even brew bananas into beer and gin.

But out of the 153 cultivars of bananas in the country, most Ugandans’ favorite is the matooke, a large green cooking banana steamed and made into a bright yellow puree resembling mashed potatoes.

Now a government-funded project is aiming to spread Uganda’s national crop around the world. The Presidential Initiative for Banana Industrial Development (PIBID) has developed matooke into a gluten-free flour and is preparing to export it globally.

With a largely agriculture-based economy and a gross domestic product of $17 billion, Uganda’s chief export is coffee.

Although Uganda produces 8.45 million tons of bananas annually and is second only to India in terms of production of the fruit worldwide, it is 40th in terms of the amount of bananas exported each year. That’s because of the short shelf life of the fruit, and Uganda’s distance from markets in the developed world, according to local experts.

"Tooke flour," as it has been branded, offers a way to extend the shelf life of bananas and if it takes off, Uganda could soon be exporting much more of the fruit. Made with matooke usually wasted because of lack of storage facilities, tooke flour can be used in recipes in place of wheat or whole wheat flour.

The flour is the brainchild of Florence Isabirye Muranga, director of the president's banana initiative and a part-time church minister, who has been researching matooke for 19 years.

Living abroad in Germany, Muranga first started wondering about new ways to use the banana after she noticed the number of derivative products produced from European staple crops like potatoes.

“I saw that we were sleeping with (the potential of) our food,” Muranga said. “Potato is not only potato it is instant potato; it is soups; it is sauces.”

Muranga and researchers spent several years refining the process for making the flour, in which the matooke is first dried in a special steam dryer and then ground into flour using a mill.

Using matooke grown by small-scale farmers, the flour could increase the amount growers earn from the crop by up to eight times, according to the initiative’s projections.

The banana development group is currently producing the flour on a small scale, and has taken it to food expos around the world. A factory for large-scale processing of matooke into flour is currently under construction and is set to be completed in October.

Already, the group has orders from the United States and Japan.

“They are mainly interested in the gluten-free aspect because they are having a lot of problems with people who don’t (digest gluten). So we are looking at positioning this as a product in soups and sauces and as a bakery option for gluten-free confectionaries,” said Muranga.

In Uganda, where 2 million children under the age of five are chronically malnourished according to the ministry of agriculture, the flour, high in fiber and starch, could also help to fight nutritional deficits. Children fed porridge made with the flour in schools gained more weight than those given maize porridge, according to studies conducted by the development group.

In Uganda, it’s hard to overestimate the importance of matooke to the average person’s diet — matooke even means “food” in the local Luganda language — but Jolly Gonahasa, head of the initiative’s product development, admits it might be an acquired taste outside of the country.

Many foreigners find the traditional preparation of the crop bland. That's why the banana development enterprise is trying to show people around the world that matooke flour can be incorporated into their favorite foods.

"If you get something familiar and replace it with a new food then it will be accepted,” said Gonahasa.

On her desk were brightly colored boxes of tooke flour and a cook book with recipes for matooke ratatouille, muffins and croissants. There was also a package of star-shaped cookies made with matooke flour. The crunchy cookies had a slight banana flavor to them. Later Gonahasa served matooke croquettes stuffed with onions, green peppers and carrots, a take on potato croquettes.

Twice, the government enterprise has sponsored contests for chefs in Kampala to create new dishes with the flour.

Henry Omusugu was the winner of the 2011 competition. As he sat in his white chef’s uniform and hat on a plush couch at the Serena, one of Kampala’s most exclusive hotels, Omusugu explained that he won the Asian-themed competition with a menu that included prawn matooke sushi, cream of matooke soup, chicken teriyaki with matooke croquettes, and for dessert, matooke kuzumochi with cranberry sauce.

Omusugu includes matooke flour on menus for banquets at the hotel and the response has been overwhelmingly positive, he said.

“It has been cutting across both local and foreign (guests). People have asked a lot of questions about the product. They keep asking about the kind of technology, how it’s prepared to make flour,” said the chef.