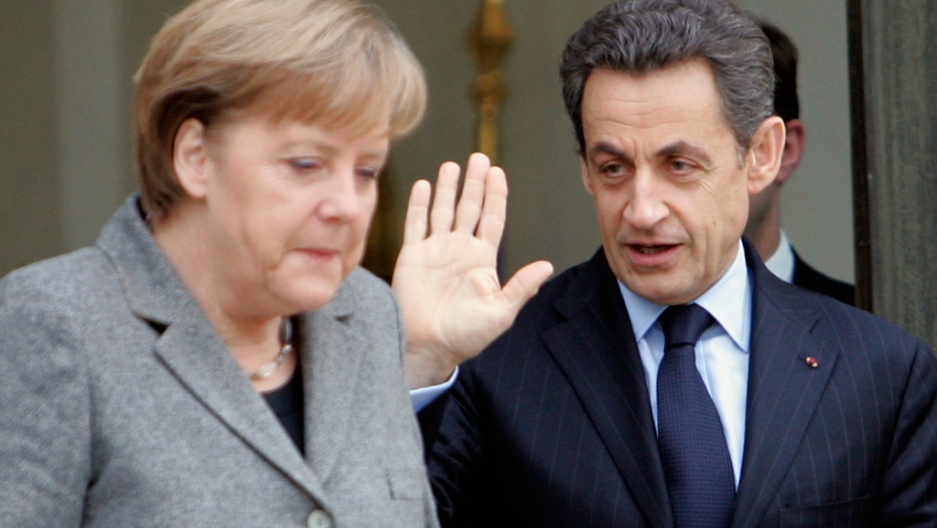 BERLIN, Germany — It was nice while it lasted. But “Merkozy,” it seems, is no more.

Europe’s odd couple has hit a rough patch. And it would be difficult to revive the relationship, even in the unlikely event that one half of the pair survives his tough political battle in the days ahead.

As French President Nicolas Sarkozy faces Socialist challenger Francois Hollande in the first of round of the presidential election on April 22, his campaign has turned increasingly populist in tone. This had already caused some unease in Berlin, but the fact that the French president broke an important promise he made to German Chancellor Angela Merkel not to bring up the role of the European Central Bank in the euro crisis has caused even more of a rift.

It looks like the end of an unlikely alliance forged over the course of the past few years.

It was hardly surprising that the outspoken, hyperactive French president with the bling lifestyle and the supermodel wife, did not, at first, hit it off with the modest, cautious German chancellor who still does her own grocery shopping. But as the Franco-German relationship became increasingly important to both of them, the initially frostriness began to thaw.

After all, Merkel needed an ally to avoid the perception that Germany was calling all the shots in the euro zone. Sarkozy wanted to retain France’s traditionally strong political role in the EU despite the reality of Germany’s growing dominance and France’s waning influence.

If anyone has been to blame for the break-up of Merkozy, it was the French leader. The chancellor even stuck her neck out, saying that she would support Sarkozy’s re-election bid.

Yet Sarkozy soon abandoned his initial strategy of highlighting his admiration of Merkel and Germany’s economic policy, and instead moved to the right in a bid to head off the challenge from Marine Le Pen, leader of the far-right Front National. His subsequent questioning of the Schengen agreement, a vow to take a tougher stance on immigrants and calls for trade protection, certainly raised eyebrows across the Rhine.

Ulrich Pfeil, professor of German history at the University of Metz in northeastern France, says he believes that Merkel’s decision to publicly back Sarkozy was a mistake, one that has since been regretted by both sides. “In France, the public did not appreciate her interfering in the election campaign, which was seen as a French matter.”

And the Germans, for their part, have been dismayed at Sarkozy’s turn to nationalism. “Do you really want this guy, Frau Merkel?” went one recent headline in the respected weekly, Die Zeit.

Now with Sarkozy’s broaching the sacrosanct independence of the European Central Bank’s independence, Merkozy looks dead once and for all.

It was only last December that the two leaders had agreed that they would refrain from comments that would infringe on the ECB’s independence, something that Germany insisted on when giving up its precious deutschemark and adopting the common currency.

That has been thrown to the wind, as Sarkozy fights for political survival back home.

“If the central bank does not support growth, there will not be enough growth,” Sarkozy told around 100,000 gathered supporters for an election rally in Paris’ Place de la Concorde on Sunday. “It’s our duty to reflect on this issue. We cannot have taboo subjects.”

The speech prompted the French newspaper La Tribune to conclude that: “On Sunday, the entity known as Merkozy committed suicide at the Place de la Concorde. It had been reported that he/she had been in poor health for several weeks. ”

The response from Berlin to Sarkozy’s ECB comments was certainly cool.

“It is the core belief of the federal government ... that the role and office of the ECB be independent of encouragement and assistance from politics,” said Merkel’s spokesman Steffen Seibert. “And that’s well known in Paris.”

In some ways, Sarkozy may be trying to follow Hollande’s lead on the ECB. The Socialist candidate has already suggested the bank’s rules could be changed to allow it to purchase sovereign bonds rather than the current practice of buying them up on the secondary markets. “It would be much simpler if the central bank could just directly fund the debt of European countries,” he said in a recent radio interview.

However, it is also true that Sarkozy has never quite seen eye-to-eye with Merkel on the ECB. He had already made it an issue during his previous election campaign in 2007. And he has long advocated the ECB taking on a dual mandate similar to that of the Federal Reserve, of fighting both inflation and unemployment.

Nevertheless, making it an election issue now is pure politics, since both candidates must know that the ECB’s narrow focus on inflation is set in stone.

Any change in its mandate would require unanimous agreement in the EU, something that is highly unlikely.

“It’s not only the Germans you would have to convince — and you are not going to convince them — but also the Dutch and the Finnish and all the EU members that are not part of the euro zone,” says Sebastian Dullien, senior policy fellow at the European Council on Foreign Relations in Berlin. “Legally, the ECB is probably the best protected central bank in the world.”

In general, Dullien argues that it’s not only the ECB issue that has divided the French and German leaders. Merkozy was never quite as harmonious at it seemed.

He says that both the Elysée Palace and the Chancellery played a part in promoting the idea of a dual leadership, as it was in both their interests.

Even when it came to the fiscal pact, which Merkel pushed through with Sarkozy’s help late last year, the French leader was acting more out of pragmatism than conviction.

“The Germans wanted their fiscal compact, and I think Sarkozy played along because his prime goal was to protect the Triple-A rating ahead of the election.”

However, it is not only Hollande but also Sarkozy who shares the unease in many parts of Europe that the fiscal pact concentrates on austerity and budget discipline, but contains no growth element. “I think no matter who wins the French election, they will be asking for a little bit more on growth,” Dullien says.

Read more: What the French election means for Europe

One of the reasons that Merkel made the unusual step of backing Sarkozy so publicly was the concern in Berlin about Hollande’s stated commitment to renegotiate the fiscal pact.

But as a Hollande victory seems more likely, Merkel is believed to have shifted her stance. German media reports that her office has even sought initial contacts with his advisors.

That would be prudent. The latest polls show that if both get past the first round on April 22, Hollande would win comfortably in the run-off on May 6, winning 56 percent of the vote.

“I think Merkel is slowly adjusting to the fact that, if she remains chancellor, she is going to have to deal with Hollande over the next five years,” Pfeil says.

He predicts that whatever their differences, both would soon accommodate themselves to the new circumstances in light of the continuing euro crisis. “I think they will very quickly find a common position. They will have to.”

Even when there are problems and tensions, Germany and France always tend to form some kind of alliance, he argues.

“Of course Germany has become the leading power in Europe, both politically and economically,” he says. “But the French have a tradition, from history and from their self-perception, of feeling that they have a right to be on equal terms with Germany.”

“I think that should continue, because Germany cannot do anything alone in Europe. Germany needs France, and France needs Germany.”