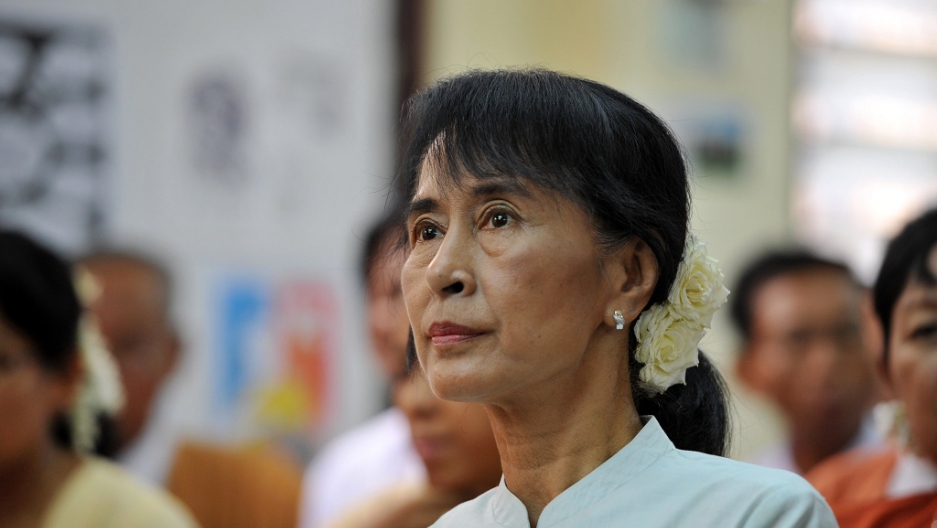 Myanmar's opposition leader Aung San Suu Kyi and members of her National League for Democracy (NLD) are planning to boycott parliament next week because authorities have refused to change the wording of the constitutional oath.

The NLD had wanted to pledge to "safeguard" the constitution rather than "respect" it, AFP reports, but the request was refused.

The party has written to the authorities asking them to reconsider, but the party spokesman, Nyan Win, told the news agency that they didn't think the issue would be resolved in time for Monday's opening of parliament.

Associated Press explains that the party sees some clauses in the constitution as "undemocratic" and therefore want them changed.

The tension over the oath is the first sign of contention between the opposition and the reformist government of President Thein Sein, CNN says.

When Suu Kyi and members of the NLD won 43 of the 44 seats in the Apr. 1 by-elections it was seen as a significant step towards democracy after decades of repressive military rule.  It also led the European Union and a number of western nations to move to lift sanctions against Myanmar.

More from GlobalPost: Myanmar - What's in a name?

The win has made the NLD the main opposition force in the national parliament which is still dominated by the military and its political allies, The Telegraph says.

It adds that one of Suu Kyi's main priorities is to amend the 2008 constitution, under which 25 percent of parliament seats are reserved for unelected military officials.