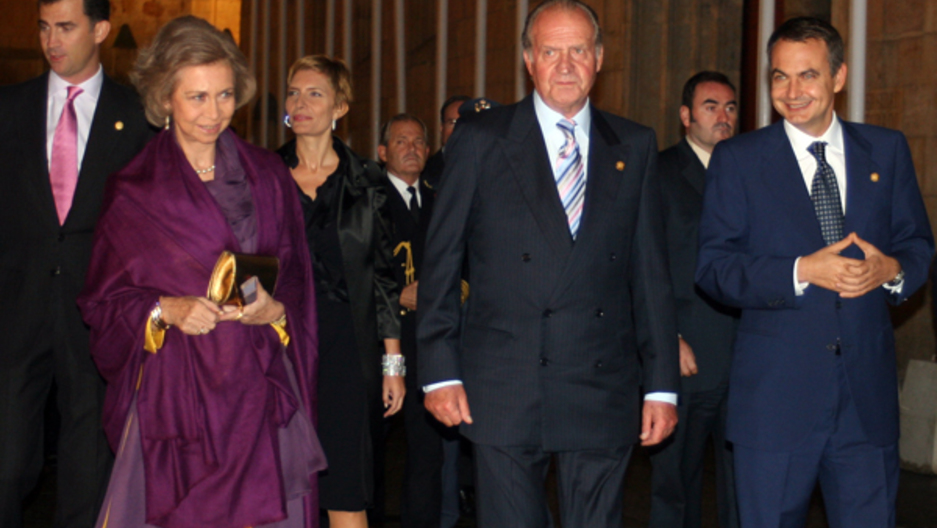 Spanish King Juan Carlos addressed his people for the first time since a fall on Wednesday, saying he felt better and is hoping to resume his duties again soon.

Then, looking contrite, he apologized.

The king was referring to his Botswana elephant-hunting junket, paid for by a wealthy Saudi national who lives in Spain. But Juan Carlos didn’t say for what exactly he was sorry.

Whether for going on the trip to begin with, or for hunting elephants in particular, he wasn't clear.

He’s come under fire for both.

The guide’s picture, alongside the king and a different dead elephant has been all over Spanish media this week.

On Tuesday, the board of the World Wildlife Fund in Spain voted unanimously to strip the king of his title as honorary president. Though the Botswana hunt was legal, the WWF said killing elephants goes against its principles.

The uproar has become political too. Union leaders and left-wing politicians have been criticizing the King Carlos all week.

Cayo Lara of Spain’s United Left party said he doubted the King has been losing sleep over the fact that thousands of young Spaniards are without work during this crisis.

“How could he, if he’s flying off to Africa to hunt elephants?” he said.

Just last Christmas, the king gave a speech calling on citizens to act responsibly as the economic crisis deepened.

King Carlos is generally well-respected. His most famous media address — during an attempted coup in 1981 — is credited with saving Spain’s then-fledgling democracy.

But since his Christmas speech last December, things in Spain have only gotten worse.

The country has re-entered recession. More than one out of two Spaniards under age 24 lack jobs. And the government’s borrowing costs have been steadily rising.

The King’s own crisis may abate more quickly, now that he’s said “sorry.”

Until then he’ll likely lay low with family — including his 13-year-old grandson Felipe.

Felipe accidentally shot himself in the foot with a hunting rifle on Monday, while the king was still recovering in the hospital from his own hunting accident.