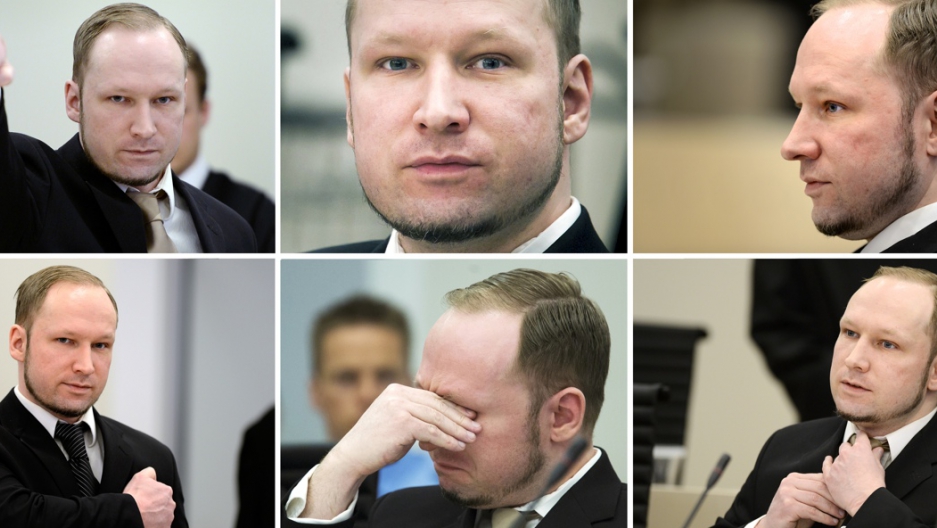 He claims to have used the internet for 70 percent of what he said was 15,000 hours of self-study. And, on the second day of his trial, he admitted that the Knights Templar National and pan-European Patriotic Resistance Movement he claims to represent was “merely a few individuals,” a likely reference to like-minded people he met on internet forums.

The deaths of the 77 people Breivik massacred in Norway are sadly all too real. But the killer himself looks more and more like a product of the internet. As prosecutors skillfully drew out details of Breivik’s failed life in the run-up to the attacks, it seemed that from 2006 — when he wound up his business selling fake diplomas and moved in with his mother — Breivik had retreated into an online world.

Read more: What Breivik's trial says about extremism in Europe

In the internet network of anti-Islamic “ultra-nationalists,” he became the vanguard of the resistance, a martyr and patriotic hero. In World of Warcraft, meanwhile, he was a Justicar Knight, one of the highest levels a web warrior can attain.

“I think this case is resting on unexplored areas,” Randi Rosenqvist, a prominent Norwegian psychiatrist, argued before the trial, suggesting Breivik had succumbed to an internet version of the group thinking which had, for example, convinced members of post-World War II Germany’s Baader Meinhof gang that it was right to murder political opponents.

"These internet groups, they are groups in the same way, but previously you had to be in the same place. There is very little academic psychiatry on these types of questions.”

When Breivik engaged in off-line politics, the court heard, he quickly found others recoiling at his extreme views.

"My proposals were slaughtered, so to speak," he said, of his unsuccessful involvement Norway’s anti-immigration Progress Party, for which he came a lowly 37th in the list of nominees for a seat on Oslo City Council.

“They sold out on so many principles in order to get into power, that I thought they had thrown out the baby with the bathwater."

But online, he could follow the writings of anti-Islamic extremists with the exact same ideas, developing an extreme doctrine which perhaps more face-to-face meetings would have moderated.

Asked by the judge what the main source was for his worldview? His answer was simple: "Wikipedia.”

“I have used Wikipedia the most. The English articles are incredibly rich in information,” he said.

Breivik, a high-school dropout, said the internet had allowed him to make up for his lack of formal higher education. The internet, he argued, had opened access to knowledge, so people no longer needed libraries or universities. He added, with unintentionally comic earnestness, that this had yet to be properly “recognized,” forcing him to cite the 15,000 hours of self-study to underline his credentials.

Breivik had admitted to playing World of Warcraft “fulltime” for a year between 2006 and 2007, living off his savings from his diploma business.

The killer broke into a broad smile when the prosecutors projected an image of Justicar Andersnordic, his avatar from World of Warcraft, on the screen.

Prosecutors barely needed to point out the parallels to “Knight Justicar,” the title Breivik claimed to hold in a real-life Knights Templar National and pan-European Patriotic Resistance Movement.

World of Warcraft, a massive multiplayer online fantasy game, has more than 10 million users, giving its fantasy universe a population more than twice that of Norway’s.

In its universe of wizards, monsters, knights and heroes, players collaborate to complete violent missions, and are rewarded by reaching higher levels in the hierarchy.

It was in the game, said Sean O'Callaghan, an academic at Britain’s University of Lancaster, that Breivik sourced key elements of his bizarre belief system.

O'Callaghan, who has studied other groups projecting themselves as new incarnations of the Knights Templar, said it was an example of an increasingly common “hyper-real” fusion of fantasy and religion.

“Breivik, far from retreating into fantasy, was actually, in my opinion, utilizing fantasy to construct his own fantastical Templar-based politico-religious worldview,” O’Callaghan said. “The fact that he homed in on one particular character in World of Warcraft, Justicar Andersnordic, and seems to have constructed a persona based on this character, is an example of a fundamental trend within hyper-real spiritual movements.”

On Wednesday, Thomas Hylland Eriksen, a sociology professor at Oslo University who Breivik's lawyers have called as a witness, said Breivik had lost the ability to distinguish between the game and reality.

"I think one factor which hasn't been taken sufficiently into account is his obsession with a certain kind of computer game and his way of using the internet in order to create for himself a kind of alternative reality. ... He does not seem to be very successful in distinguishing between the virtual reality of World of Warcraft and other computer games, and reality," said Eriksen.

In the court, Breivik has referred to the Knights Templar as a "glossy," "grandiose" or "pompous" version of a group with a real existence.

The manifesto Breivik released on the day of his attacks already presents the group as only half-real, describing how “a fictional resistance group is emerging … to prevent an alleged future Muslim takeover.”

The Knights Templar, he goes on, is this “hypothetical fictional group,” which would wreak its vengeance on the ”enablers” or the so-called “cultural Marxist/multiculturalist” elites.

As the third day of a masterful cross-examination by prosecutor Inga Engh came to an end, Breivik was visibly uncomfortable as he tried to explain the exact status of the group.

“Your intention is to try to sow doubt about whether this network exists,” he protested, sweating. “That is your motive, that is your purpose.”

“That is clear, and we said that from the outset,” Engh responded.

If the Knights Templar network is indeed a fantasy Breivik concocted from Wikipedia, World of Warcraft, and his own imagination, he'll be lucky to get through the end of the week’s cross examination without his make-believe world crumbling.