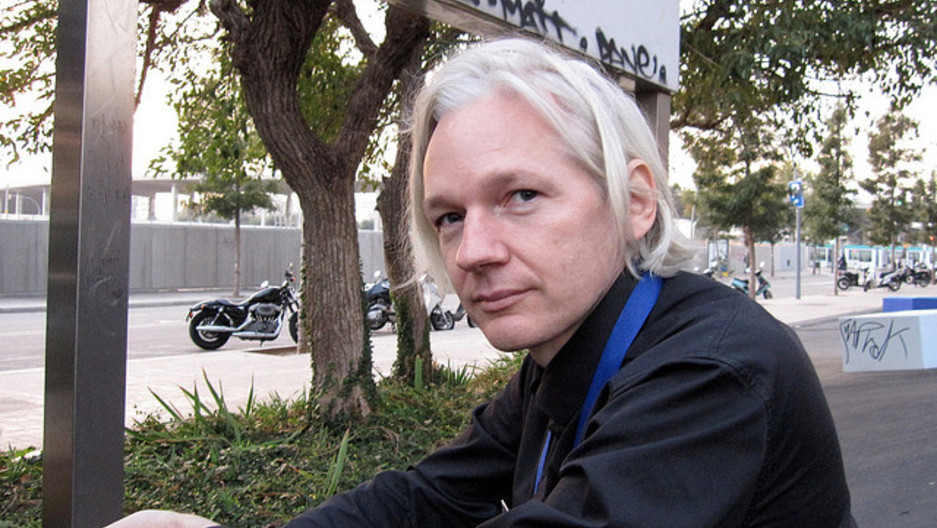 Julian Assange is the founder of WikiLeaks and a former hacker-activist. He is currently under house arrest in a south England home. (Photo from Flickr user Esther Dyson.)

Julian Assange, founder of WikiLeaks, is currently under house arrest, but that hasn't stopped him from making headlines.

The show airs on Russian television network RT and is described by The New York Times television critic Alessandra Stanley as, "somewhere between Wayne's World and C-SPAN" in terms of production quality.

"It didn't look like regular TV because the production values were constrained by his circumstances," Stanley said.

Stanley said the personality of Assange, a former hacker-activist known for his controversial beliefs and practices, will be the primary draw for the audience of his program.

"What he does have is the power of his popularity, and the fact that, especially in this country, it's not a very mainstream or popular point-of-view," Stanley said. "So you'll have people who agree with him watching because it's the only place they can really see him unfiltered. He gets interviewed a lot, but one of the reasons he is doing the talk show is because he doesn't like the way he's portrayed in these articles. So you have a built-in audience that will follow you wherever you are, whether it's on the web or on radio or on cable."

RT is the second-most watched foreign news channel, after BBC News. It is backed by Russian government and has been criticized for a perceived "pro-Putin" bias.

Since releasing United States diplomatic cables on WikiLeaks in 2010, Assange has been a lightning rod for criticism. He became a divisive public figure and has been parodied on Saturday Night Live.