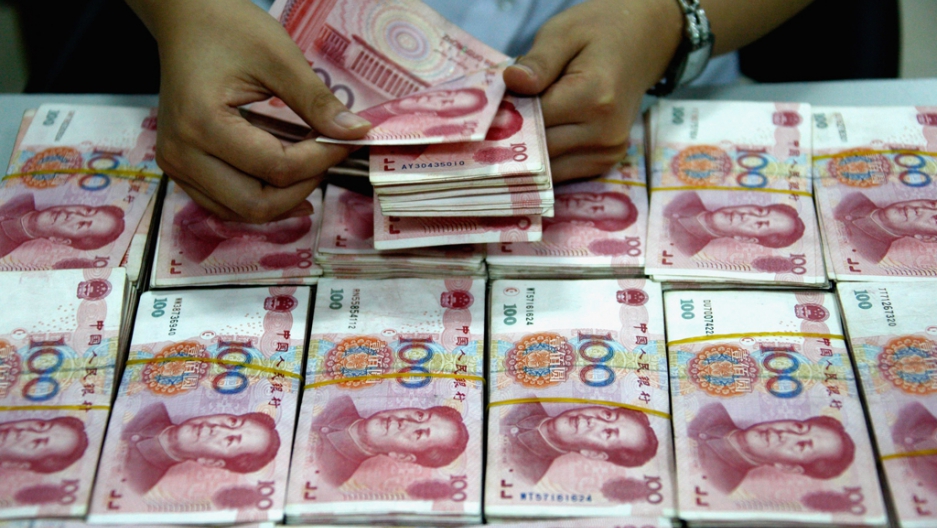 HONG KONG, China — For some rich Chinese, the desire to secretly move vast sums of money out of the mainland isn’t just urgent — it can be a matter of life and death.

A violently lurid illustration comes in the form of Gu Kailai, wife of disgraced Chongqing party boss Bo Xilai, who is suspected of poisoning British businessman Neil Heywood late last year. According to a new report from Reuters, Gu allegedly killed Heywood after he threatened to expose her shady financial offshoring network, which enabled her to funnel over a billion dollars out of the country — a crime in China, which has strict capital controls.

Though her case is singularly sensational, Gu Kailai’s alleged financial chicanery would hardly be unique for a member of her class. Between 2000 and 2009, according to a 2011 report by Global Financial Integrity (GFI), China’s citizens ranked first in the world in illicit financial outflows: $2.74 trillion, more than five times the second-place contender, Mexico.

As of last year, according to a study by China Merchants Bank and Bain & Co consulting company, Chinese who possessed more than 10 million yuan in investable assets — roughly $1.6 million — had collectively parked over $550 billion abroad. And that’s not counting the wealthy Chinese who emigrated entirely — 27 percent of those who have $15 million or more, according to the same report.

What makes this exodus even more astonishing is that China still sentences perpetrators to death for some financial crimes. So what makes the country’s rich and powerful desperate enough to take the risk?

More from GlobalPost: Why are rich people leaving China?

“If you have the political connections in China, it’s quite easy to get away with these things,” says Borge Bakken, professor of criminology at the University of Hong Kong. “There are thousands of ways to get money out of the country.”

Some elites fear that future political instability could threaten their wealth; some seek to protect themselves against falling out of favor by securing themselves abroad; and some people simply want the option of investing overseas.

Of course, there are also darker reasons for offshoring money: to cover up for bribery, embezzlement, or organized crime. In other words: money laundering.

“It's very difficult to quantify what comes from what. ... Probably about 20 percent of the money comes from ‘bad, bad’ corruption,” says Steve Vickers, CEO of Steve Vickers Associates, a specialist risk consulting company.

Whatever the motives, Chinese elites have a variety of techniques for offshoring their wealth. One simple way is to use remittance agents in Hong Kong, who match people with mirror needs on either side of the border and transfer money without the usual paper trail, since no funds actually leave the country.

Another common method is to hire middlemen to buy up real assets overseas, such as property, antiques, or luxury goods, and to hold those assets until they can resell them, obtaining “clean” money in return.

“The fact that they are disregarding how much they spend is very telling. The more you get to spend, the more you get to launder,” says Yujing Fun, a criminologist with a PhD from the University of Hong Kong. “In laundering schemes, not 100 percent of the money comes back to the criminal. A good chunk of it is lost in the laundering process."

A more colorful technique involves Macau, a former Portuguese colony that is the only territory in China where gambling is legal.

In this scenario, rich patrons can use a service called a “junket agent” to receive a huge line of credit in Macau casinos’ VIP rooms, thereby evading the $3,200 limit on the cash that Chinese citizens can bring over the border. After it has been gambled, the money can be exchanged back into “clean” foreign currency, or moved to Hong Kong to be reinvested in property or put into offshore accounts.

Finally, sophisticated launderers often use intricate systems of fictitious corporations to mask their activities. This seems to have been the case with Gu Kailai, though the details of her scheme are still hazy.

In 2000, she registered a corporation in Great Britain called Adad Limited under her English name, Horus L. Kai. Though the company was in operation for years, there are no records of it making any financial transactions. Gu and her four sisters also controlled companies in Hong Kong and the British Virgin Islands, which are worth at least $126 million, according to estimates from Bloomberg.

While Chinese authorities have cracked down on capital flight in a handful of high-profile cases, the problem has only grown. In March of 2012, Beijing police seized $800 million from six illegal, “underground” banks, which allegedly helped in money laundering schemes. This is one of over 150 crackdowns on such banks since 2009, according to China’s Ministry of Public Security.

But with China’s wealthy class swelling, along with concerns about the regime’s stability as it approaches a once-a-decade transfer of power, experts say the hot money will keep on flowing.

“I think on a period basis there will be significant crackdowns, but the trend is for more corruption not less,” says Vickers. “The law is you’re not supposed to take out a few thousand a day. Yet the big guys are able to take out seemingly billions a year.”

More from GlobalPost: In China's assault on microblogging, business wins