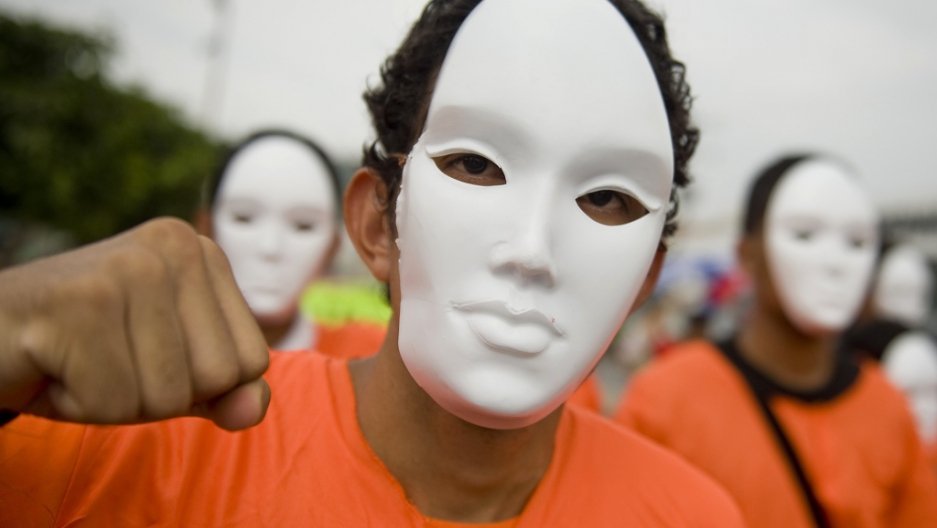 A new AP report says that an American Muslim said that he was detained by the US government last summer in the United Arab Emirates, and tortured.

The man, Yonas Fikre, said he was arrested in June 2011 and taken to an Abu Dhabi prison, according to the AP. He was released in September.

Fikre is applying for asylum in Sweden, where he has relatives, the story said. He told reporters there that he was asked about a mosque in Portland, Ore., which has a connection to a foiled terror plot.

In a recent Mother Jones article, Fikre says he was kicked, punched, beaten on the soles of his feet and forced into stress positions while in custody. His attorney, Thomas Nelson, told the magazine:

"There was explicit cooperation; we certainly will allege that in the complaint. ...When Yonas [first] asked whether the FBI was behind his detention, he was beaten for asking the question. Toward the end, the interrogator indicated that indeed the FBI had been involved. Yonas understood this as indicating that the FBI continued to [want] him to work for/with them."

The article, which is worth a full read, said that Fikre's story was similar to that of other American Muslim men who had traveled abroad. If their stories are true, it means that the US either has returned to its policy of torturing detainees — or that it never abandoned it in the first place.

These revelations are coming out just as the US looks close to winning the extraditions of several terror suspects it has already indicted for terrorism. The European Court of Human Rights agreed to allow the UK to send the suspects to the US because the Americans promised them due process — that the men would be tried in a civilian court and, if convicted, serve their sentences in an American civilian detention facility.

There are already several people who have been convicted of terrorism who are serving long sentences in American prisons — a clear sign that due process for terror suspects is not only possible, but that it works.

When Barack Obama became president, he promised to do away with the so-called "enhanced interrogation techniques" espoused by the Bush administration, not only becuase he believed it was wrong, but because it didn't work. He said, in January 2009: "I can say, without exception or equivocation, that the United States will not torture." (You can listen to him say it here.)

Of course, if these men are being tortured, it's not being done on US soil or, apparently, by American interrogators. It's torture by proxy.

Last fall, the US wiped out Anwar al-Awlaki, an American citizen and al Qaeda operative that the US government said was linked to several terror plots, in a barrage of hellfire missiles in Yemen.

A few months later, Eric Holder, the US attorney general, gave a speech in which he justified the killing of American terror suspects overseas. Holder offered three requirements that woud allow such a strike, excerpted here:

Let me be clear: an operation using lethal force in a foreign country, targeted against a U.S. citizen who is a senior operational leader of al Qaeda or associated forces, and who is actively engaged in planning to kill Americans, would be lawful at least in the following circumstances: First, the U.S. government has determined, after a thorough and careful review, that the individual poses an imminent threat of violent attack against the United States; second, capture is not feasible; and third, the operation would be conducted in a manner consistent with applicable law of war principles.

He also bats away the argument that such an execution requires some judicial review:

Some have argued that the President is required to get permission from a federal court before taking action against a United States citizen who is a senior operational leader of al Qaeda or associated forces. This is simply not accurate. “Due process” and “judicial process” are not one and the same, particularly when it comes to national security. The Constitution guarantees due process, not judicial process.

If the US returns — or has returned — to torture-by-proxy, no doubt they can find a legal justification for that, too.