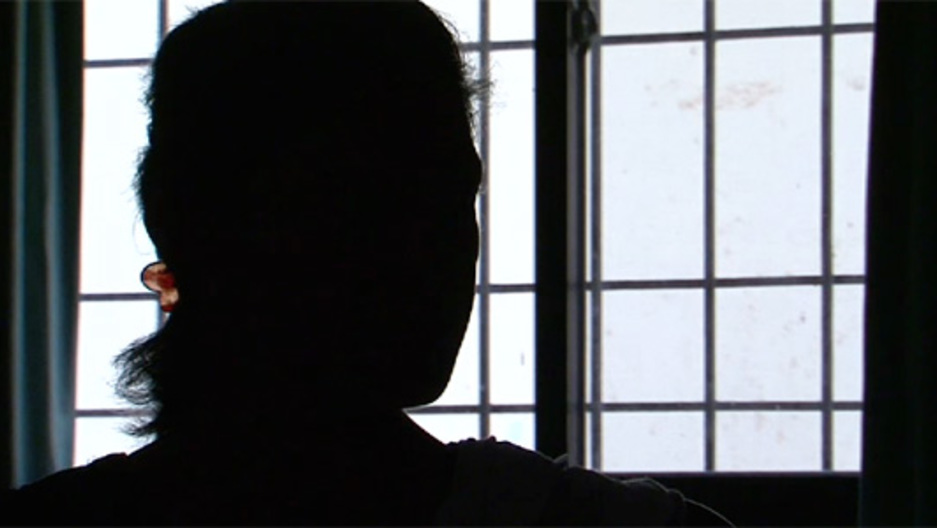 Zoya said her father abused her from when she was a child until he was murdered. (Photo: Habiba Nosheen)

Incest is a problem in countries around the world. It’s also the least likely form of sexual abuse to be reported.

In some countries, that’s because the victim’s relatives are often reluctant to tarnish their family’s reputation. An official reluctance to investigate incest allegations is also to blame in some places. Both of those factors are part of the problem in Pakistan.

According to estimates from the United Nations, about 36 percent of girls and 29 percent of boys in Pakistan have suffered child sexual abuse.

Zoya is a slim woman in her late 30s. She's in Karachi inside the home of one of the few people who she has trusted with a dark secret that has haunted her for years. She asks not to be identified by her real name because she fears reprisals from her family.

“It’s very difficult topic to talk about. It’s something very hard for me and I am extremely nervous right now,” Zoya said.

Zoya’s voice shakes at times. Dressed in a white shalwar kameez, her shoulder-length hair is pulled back. And then she begins to tell her story.

“My father had been abusing me since the time I was little kid,” Zoya said.

Zoya recalls details of the sexual abuse she faced for years; at times tears roll down her cheeks.

When sexual abuse happens in Pakistan, she says, adults and relatives are reluctant to get involved. That’s especially true when the abuse comes at the hands of another family member.

Incest and child abuse happens all over the world, but Zoya says in Pakistan it’s even worse, because no one wants to help.

“In the society we pretend it’s not happening to the majority of people," she said. "Even if people know it's happening they’ll turn their face (and) say, 'we don’t want to get involved.' "

Zoya told her mother about the abuse but it didn’t stop. In fact, it made the situation even worse.

“I told my mother ... and after that my father would not let me talk to anyone at all not even my family, not anybody," Zoya said. That way he managed to keep me the rest of life ... I was always afraid."

Manizeh Bano is the executive director of Sahil, a group working against child sexual abuse and exploitation. Bano and her organization track reported cases of child sexual abuse in the country. In 2010 a total of 2252 cases were reported, almost a 12% increase from the previous year.

Among those cases, she says incest is the least likely form of child sexual abuse to be reported.

Bano says cases like Zoya’s aren’t uncommon. She said the lack of support that exists for women in Pakistan makes them often unable to help their daughters get out of the situation.

“It is the most difficult because mothers don’t have options, they often have to live within that same family, they can’t get up and go anywhere,” Bano said.

Zoya said every time she would turn to her family, including her uncles, for help, she was given the same false promises.

“Oh don’t worry about it your father won’t do it,” she recalled them saying.

And she wasn’t alone.

“My father didn’t spare my sisters either.”

After years of abuse, when Zoya was 18 her sisters committed suicide two weeks apart. Their deaths haunt her. She said she still feels guilty that she wasn’t able to protect her younger sister from her father.

Experts say there is another reason why stopping incest has been particularly difficult in Pakistan, because no one wants to admit it can happen in an Islamic country.

“There is this state of denial that this cannot happen in our family, it cannot happen in our country,” said Zohra Yousuf, the chairperson for the Human Rights Commission of Pakistan. “I think it’s really under-reported because again it’s linked to a family’s honor in many ways. It’s a crime that’s covered up by the family.”

Yousuf said if a child does go to the police in Pakistan, she’s rarely believed. Often the police won’t even file a complaint. Instead they’ll send the woman home saying she is immoral for saying such things about her own father.

And, Yousuf said, after that, child victims who speak out are often ostracized for dishonoring their families..

Not everyone thinks the situation is so grim. Tauqeer Fatima Bhutto, minister of women development for the province of Sindh, defends the work her government has done on the issue.

“The government has continued to work on legislation dealing with sexual abuse and domestic abuse of women and children,” Bhutto said. “If you say, 'well Pakistan just doesn’t have laws,' Pakistan has everything available, but we just need people who will work on these issues.”

To look for creative solutions to the problem, Sahil has started to create animated films and distributes them to public schools. The films, titled “Meri Hafazit,” which means “My Protection” in Urdu, tackle the issue of incest.

Back at Zoya’s house, she said her sexual abuse only ended with the death of her father.

"He died pretty violently," she said. "I'd rather than not talk about it. He was murdered.”

Zoya said she doesn't know who killed him.

"The police never found out. As for me I was glad that he was dead," she said. "My only regret (is) he didn’t die earlier."