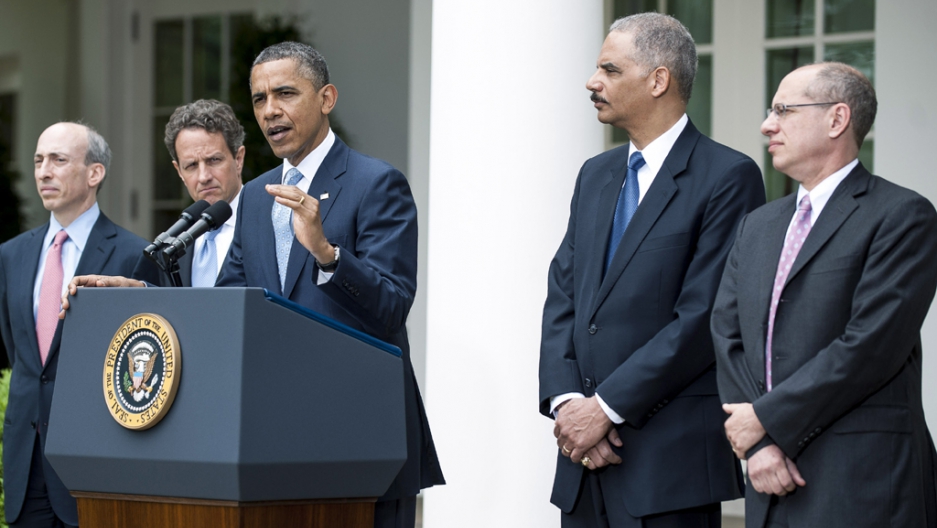 "None of these will bring gas prices down overnight," CNN reported Obama as saying at a White House press conference. "But they will prevent market manipulation, and help protect consumers."

The money is meant to "put more cops on the beat" at the Commodity Futures Trading Commission (CFTC), the agency tasked with regulating oil futures markets. It would also bring the agency up to speed with the latest technology used by traders, ABC News reported.

Obama also wants a 10-fold increase in civil and criminal penalties for energy market manipulators, from $1 million to $10 million. The proposal also calls for giving the CFTC power to raise margin requirements in markets, and wider data sharing to look for patterns of misbehavior, according to ABC.

The move comes as Republicans continue to hammer Obama over high gas prices during his reelection campaign.

The president didn't shy away Tuesday from casting the issue in partisan terms, drawing attention to Republican opposition to a plan to end tax breaks for oil and gas companies, according to The Associated Press.

The GOP was quick to respond. Even before Obama's announcement, House Speaker John Boehner called the proposal a political ploy and criticized the president for not using authority he already has to deal with such problems, the AP reported.

Market experts and analysts generally praised the proposal, but expressed doubt that it would pass before the November election or would accomplish much, Reuters reported.