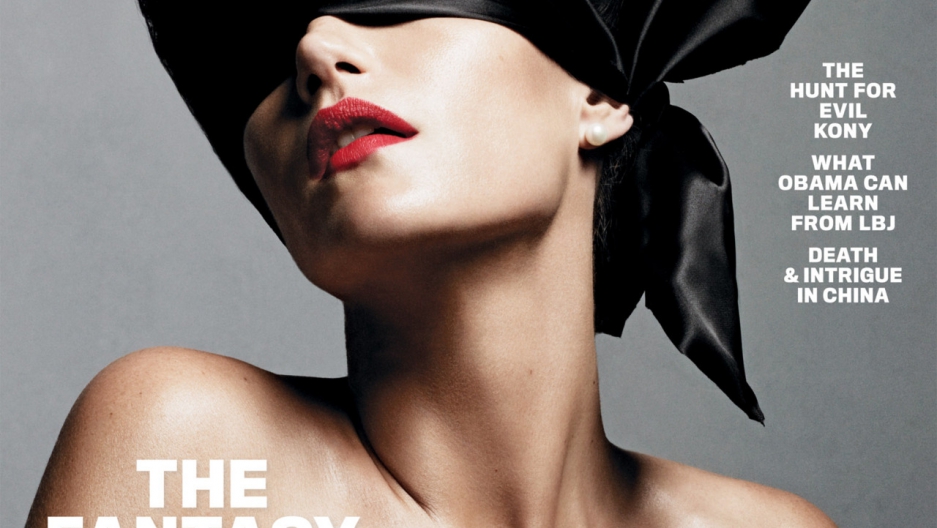 A new controversial Newsweek cover story by Katie Roiphe concludes that as women gain power in the workplace, they want to be dominated in the bedroom.

In the 50 Shades trilogy, a wealthy, dominant man named Christian Grey, spanks, ties up and enters into an S&M relationship with a young college student, Anastasia Steele.

Roiphe says that the popularity of the books, coupled with recent films such as Secretary and A Dangerous Method are evidence of a new interest in sexual submissiveness among American women and comes "at a moment in history when male dominance is shakier than ... ever."

A recent TIME magazine piece from March 26 by Liza Mundy made the case that women are overtaking men as America's breadwinners.

Roiphe writes today women are "almost 60 percent of college students, with four in 10 working women now outearning their husbands, when the majority of women under 30 are having and supporting children on their own."

Samhita Mukhopadhyay, Executive Editor of Feministing.com responded to the article writing "so basically, Roiphe’s argument is that as women get more equality in the real world, they’re craving submission in the bedroom, because women don’t really like power... I’m not totally buy it."