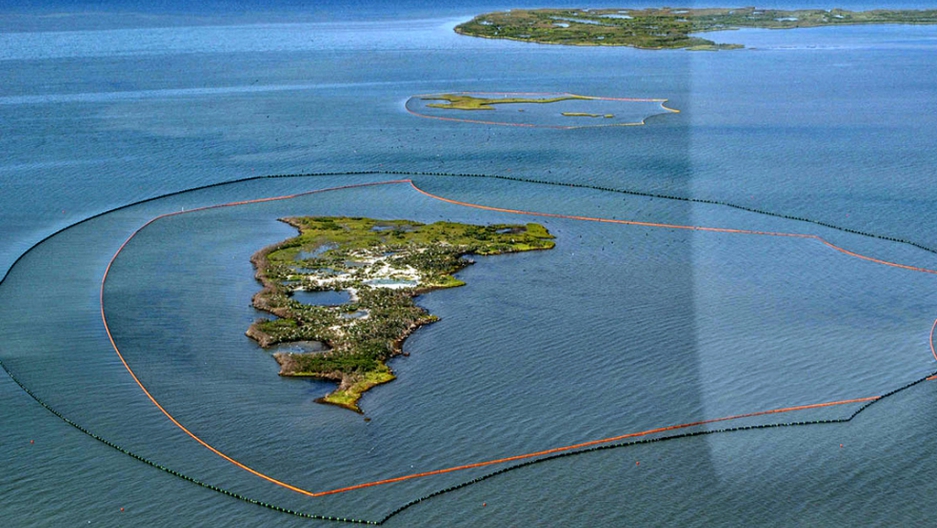 Researchers at Rice University and Penn State may have found a reusable material to help soak up oil spills on water.

The team of researchers found that adding boron to raw carbon created spongy blocks that are able to absorb oil spilled in water, reported the Engineer.

The blocks, scientists say, can be reused over and over again.

According to Penn State Live, one of the lead authors said that the blocks are both 'superhydrophobic,' meaning they do not absorb water and thus can float, while also being 'oleophilic,' which means that they can absorb vast amounts of oil.

The carbon blocks can hold up to 123 times their weight in oil.

"Our goal was to find a way to make three-dimensional networks of these carbon nanotubes that would form a macroscale fabric — a spongy block of nanotubes that would be big and thick enough to be used to clean up oil spills and to perform other tasks," wrote Mauricio Terrones, a professor of physics, materials science and engineering at Penn State and the study’s co-author, according to Science Daily.

The sponges are also said to conduct electricity, allowing them to be controlled by magnets.

Researchers believe that the sponges can be created much larger than those tested and be used to clean up major oil spills in the future.

“These samples can be made pretty large and can be easily scaled up,” said lead author Daniel Hashim, a graduate student at Rice University, according to Futurity. “They’re super-low density, so the available volume is large. That’s why the uptake of oil can be so high.”

The team, which collaborated with other labs around Europe and North America, published their findings in the journal Scientific Reports.