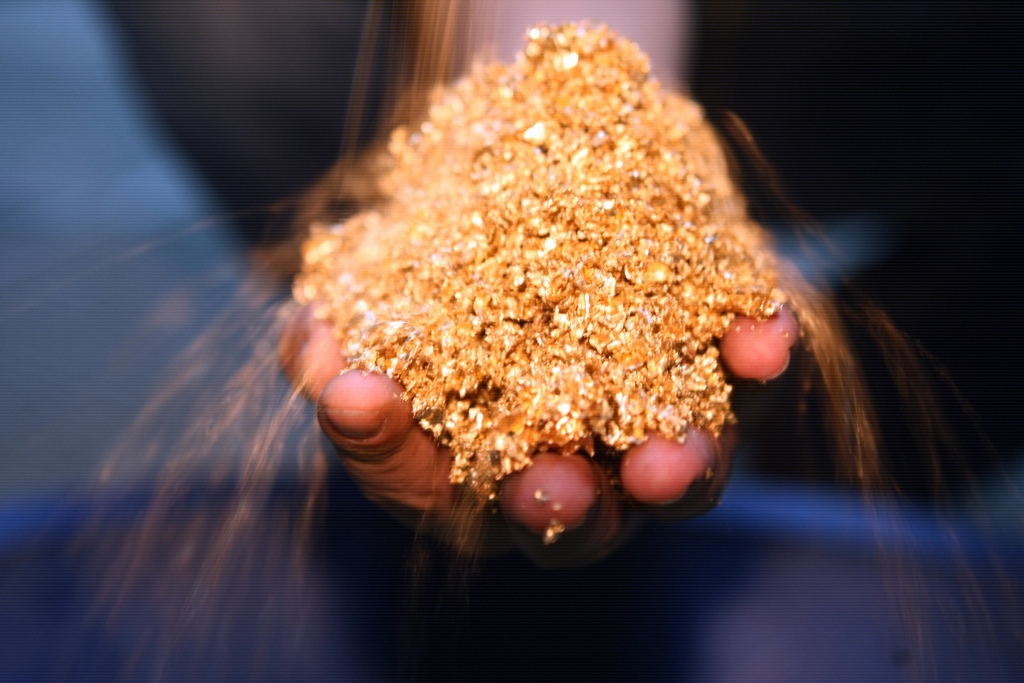 Gold flakes after being melted at the Istanbul Gold Refinery Company.
Share

ISTANBUL, Turkey — When illiterate carpenter Mustafa Boydak Sr., from a village outside of the central Anatolian city of Kayseri, opened his first carpentry workshop in 1957, it was just a way to make a living.

Over the years, the small workshop developed into a furniture company, and from there into an industrial conglomerate operating in eight sectors with 35 companies, among them the most important furniture brands in Turkey.

Today, Boydak Holding exports to 110 countries, and its companies have about 2,000 branches in Turkey and 260 branches worldwide. These days, Mustafa Boydak Sr. has put his sons in charge. He has also learned to read and write.

The success story of the Boydak family highlights the industrial boom in several cities in Turkey’s provincial, conservative regions that have started to compete with the country’s economic powerhouse, Istanbul.

More from the Suite Spot: Argentina's "fuzzy math" on the economy

The growth, which began in the 1980s, has been spurred by a new class of entrepreneurs known as “Anatolian Tigers.” Devout Muslims with a pragmatic, global approach to business, these entrepreneurs have begun to change the traditional balance of power in this developing economy.

For many decades Turkey’s economy had been dominated by a handful of huge, industrial conglomerates run by some of the world’s richest families — all of them secular. The rise of the Anatolian Tigers coincided with the arrival in power of the Islamic-oriented Justice and Development Party (AKP) and was strongly supported by Prime Minister Recep Tayyip Erdogan. That has led observers to view it as a power struggle between secular and conservative elites.

But that hasn’t happened.

"Turkish capital has simply grown more diverse in the course of the years," said Sumru Altug, professor of economics at Koç University in Istanbul. "But it’s wrong to draw connections between economic developments and the political or religious attitudes of new regional players."

At a time when its European neighbors have been struggling with the sovereign debt crisis, Turkey’s economy has boomed spectacularly, making it the 15th largest economic power in the world. Both old and new conglomerates have been part — and profited from — what analysts have labeled "Turkey’s economic miracle."

With an annual turnover of $4.6 billion, Boydak Holding today plays in the same league as the older, established family holdings. In spite of their cultural differences, old and new elites share the same interests, says Altug.

"When it comes to economy, Erdogan’s politics have always been pragmatic and progressive and that’s what is being acknowledged by all business people, regardless of their political or religious attitudes," she said. "At the end of the day, money is money and business is business.”

The Anatolian Tigers were unleashed by Turgut Özal, Turkey’s prime minister in the 1980s who later became president. The former World Bank official, influenced by his experiences as a US-trained economist, adopted a market economy in Turkey, abolished import bans and promoted exports.

More from the Suite Spot: Old problems in New India

In an effort to allow all businessmen to have the same opportunities, Özal cut down state subsidies for the country's leading enterprises and encouraged all citizens to get involved in business.

Like their secular counterparts, the old business elites of Istanbul, the Muslim Calvinists of Kayseri seek to improve their quality of life through material means. They spend their new wealth on big new cars, shopping malls and modern architecture throughout the city. But as opposed to the modern metropolis Istanbul, there is little means for distraction in Kayseri — there are no bars or fancy restaurants, much less clubs or art galleries.

The conservative elites of his city consider hard work a type of worship, just like the Calvinists of yore, said Mustafa Boydak Jr., Mustafa Boydak Sr.’s second eldest son, referring to a report by the European Stability Initiative published in 2005, which called the Anatolian Tigers "Islamic Calvinists" for their combining of religious devotion with a hard work ethic.

More from the Suite Spot: A hidden growth story in Latin America

"We don’t reject modern comforts," he said. "But going out and drinking simply has no tradition here. People don’t like wasting their time doing such things, they would rather spend it at home with their families."

The new conservative elites are also some of the fiercest advocates for Turkey’s bid to join the European Union. Their openness to Western-style progress was in fact one of the keys to their success, they say.

Decades earlier, the Boydak sons, Mustafa and Haci, decided to move into industrial furniture production after visiting furniture fairs in Europe. The time of traditional, handmade furniture was over, they realized. The Boydaks would later become pioneers of industrial mass production in their region.

These days, Mustafa Boydak has joined the leading Turkish business association, and works closely with business leaders in Istanbul, many of whom welcome the competition.

"The rules of competition apply to everyone," said Arzuhan Dogan Yalcindag, the chief executive of Dogan Media Holding, and daughter of one of the long-established business families in Istanbul.

"As a country grows, its business landscape will grow and diversify as well. New stakeholders will come into play and that’s a good thing, because competition is good for the overall economic development of a country."