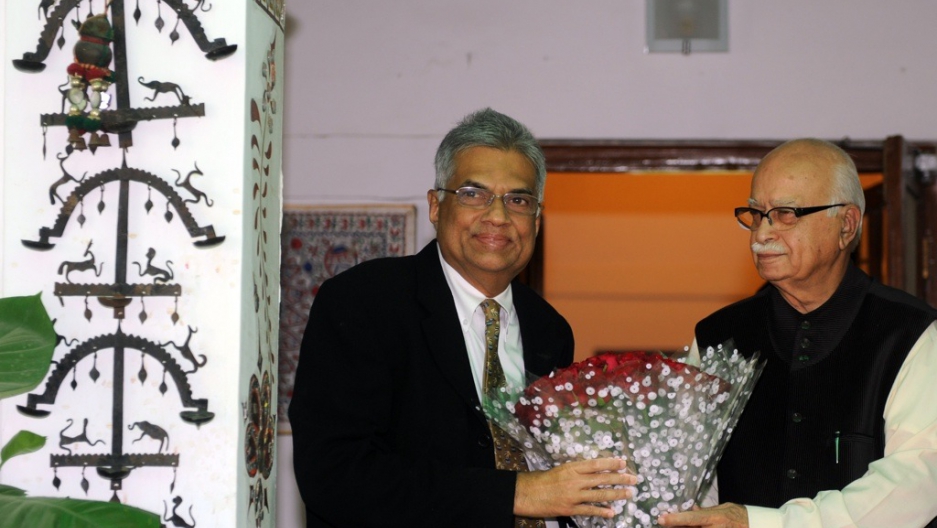 CAMBRIDGE, Massachusetts — The United States sponsored and carried a resolution on Sri Lanka at the United Nations Human Rights Council (UNHRC) in Geneva on March 22. However, what surprised observers was not US action but that India had voted in favor of a resolution against its South Asian neighbor.

The resolution, calling on Colombo to investigate war crimes allegedly committed by its own troops and Tamil rebels in the final months of fighting in 2009, is admittedly weak. It is nowhere near an international investigation that the UN and many in the international community argued for.

The resolution’s lack of vitality is partly due to an amendment moved by India on the original US draft. It was to ensure that any UN oversight on investigation into war crimes would take place only with Colombo’s concurrence.

Following the vote, India’s Prime Minister Manmohan Singh wrote to Sri Lankan President Mahinda Rajapakse. Singh said, “Your Excellency would be aware that we spared no effort and were successful in introducing an element of balance in the language of the resolution.” This fuelled the theory that domestic political reality had spurred New Delhi to first dilute the resolution and then vote for it.

The domestic political reality was the wave of indignation sweeping India’s Tamil Nadu state, where Tamils reacted angrily to mounting evidence of atrocities committed on their ethnic brethren in Sri Lanka by that country’s military. This led to the two most important political parties in Tamil Nadu – one which was a constituent of Singh’s ruling coalition – threatening drastic action unless India voted in favor of the Geneva resolution.

While it is true public opinion in Tamil Nadu pressured New Delhi to vote for the UNHRC resolution, it is only one reason. Other national interests were also at play emanating from international, regional and bilateral concerns.

Internationally, India’s reluctance to support democracy movements and struggles for human rights in different parts of the world has caused misgiving, especially as it seeks a permanent seat in a reformed UN Security Council. This has been referred to by commentators from India’s liberal establishment to US President Barack Obama during his visit to India in November 2010.

Of regional consequences to India are Sri Lanka’s moves to let China inveigle its way into the Gulf of Mannar, the narrow strip of sea separating India and Sri Lanka, in the guise of drilling oil. Earlier, although Sri Lanka appeared to take pains to treat both India and China – Asian giants competing for influence in the Indian Ocean – equally, recent reports say Colombo’s relations with Beijing run deeper. India is reportedly perturbed, not for lost commercial opportunities but because the Chinese presence in the Gulf of Mannar is a security threat.

Bilaterally, when India helped Sri Lanka destroy the armed Tamil rebellion, it wished to balance this policy by pushing Colombo to create institutions for minimal power-sharing with its Tamil population. But Colombo’s stonewalling on this has denied the project’s success. This has exasperated New Delhi not only because it perpetuates instability in Sri Lanka, but also because Colombo’s indifference challenges India’s regional pre-eminence.

An opportunity for India to make good these reversals without great cost to itself arrived with the UNHRC resolution on Sri Lanka.

First, as the resolution was US-sponsored, it had the US’s imprimatur and was therefore more or less assured of safe passage through the UNHRC. It meant, unlike in 2009 when India had to lobby the UNHRC for a pro-Sri Lanka resolution, it did not have to do anything this time.

Second, the UNHRC resolution was a good opportunity to test Sri Lanka’s bluff of many years – that the more New Delhi proved an irksome neighbor, the closer into Beijing’s embrace would Colombo go.

New Delhi was prepared to issue this challenge because Sri Lanka is India’s biggest trading partner, a position China cannot replace. In financing capital-intensive projects, while China’s investments are much larger, Sri Lanka is in no position to reject Indian aid. While China continues to provide military hardware to Sri Lanka, India’s military relations with Sri Lanka are much wider including joint military exercises, sharing intelligence and training. More than everything else, the presence of a trans-border Tamil population with cultural and linguistic ties, divided by a mere 22 miles of sea, is an advantage that China cannot balance. The list goes on, but let me not belabour the point.

Therefore, New Delhi feels there are limits to Colombo moving into Beijing’s orbit. And, even if it did happen, there is precious little Sri Lanka could do that would affect India’s vital interests. Drilling oil in the Gulf of Mannar might be the only exception.

In comparison, India’s handling of Burma (Myanmar) was different. Despite the US and others chiding New Delhi for remaining silent in the face of Naypyidaw’s crackdown on pro-democracy activists in 2007 and the extension of Aung San Su Kyi’s confinement in 2009, New Delhi did not reverse its stand. That was because the energy resources and the military and strategic influence China had over Burma made India realize relations with it had to be carefully handled.

Evidently New Delhi handles countries differently even when they call themselves Beijing’s friends. It is confident that handling Colombo needs no kid gloves now. How Colombo reacts to this demonstration of realpolitik will go a long way in determining future Indo-Sri Lanka relations.

J.S. Tissainayagam is a Weatherhead Fellow in International Affairs at Harvard University. He was Nieman Fellow in Journalism (2010-11) also at Harvard. Previously, he worked for a number of English national newspapers in Sri Lanka.