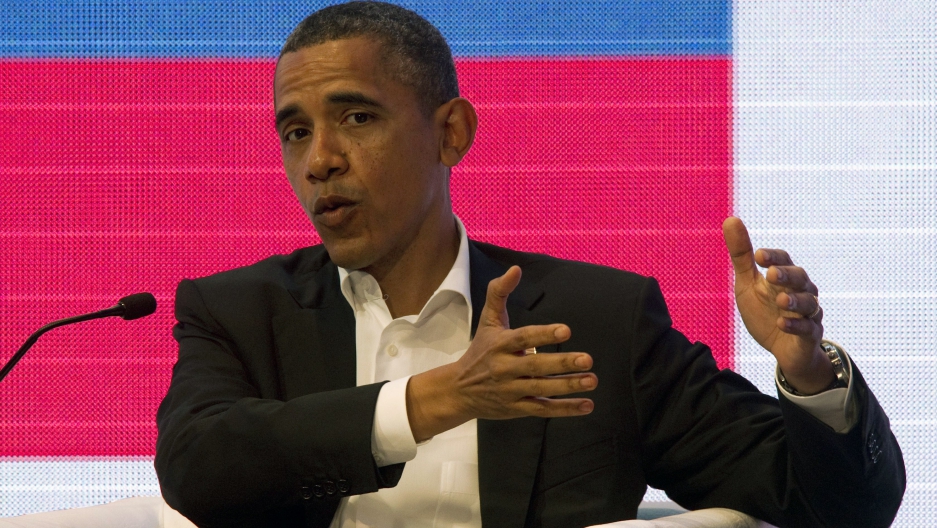 Speaking in a country that has been ravaged by the narcotics trade for decades, President Barack Obama today told a forum of leaders from the Americas that legalization was not the answer to the drug war, according to The Associated Press.

Obama today was participating in the meeting in Cartagena, Colombia and the news agency says Latin America has seen growing calls for decriminalization as a way of ending the violence of the drug trade.

Mexican authorities revealed in January that nearly 50,000 people had died as a result of the drug war in that country since the government enlisted the army to combat narcotics cartels in 2006.

According to the AP, Obama said he was not opposed to the discussion of legalization but that he doubted any agreement could be reached to make this a reality.

Instead, Obama reportedly said his preferred answer to drug crime was economic growth, strengthened rule of law and sound law enforcement, according to the news agency.

The Los Angeles Times reported yesterday that Obama was likely to face a rocky reception in Cartagena as many were under pressure to find a way to stop the killing.

According to The Times, Colombian president Juan Manuel Santos was to ask the 33 leaders present at the summit to consider a regulatory scheme that would control the sale, use and possession of marijuana and perhaps even cocaine just as tobacco and alcohol are regulated.

"You haven't had this pressure from the region before," Michael Shifter, president of the Inter-American Dialogue, a think tank in Washington, was quoted by The times as saying. "I think the [Obama] administration is willing to entertain the discussion, but hoping it doesn't turn into a critique of the U.S. and put the U.S. on the defensive."