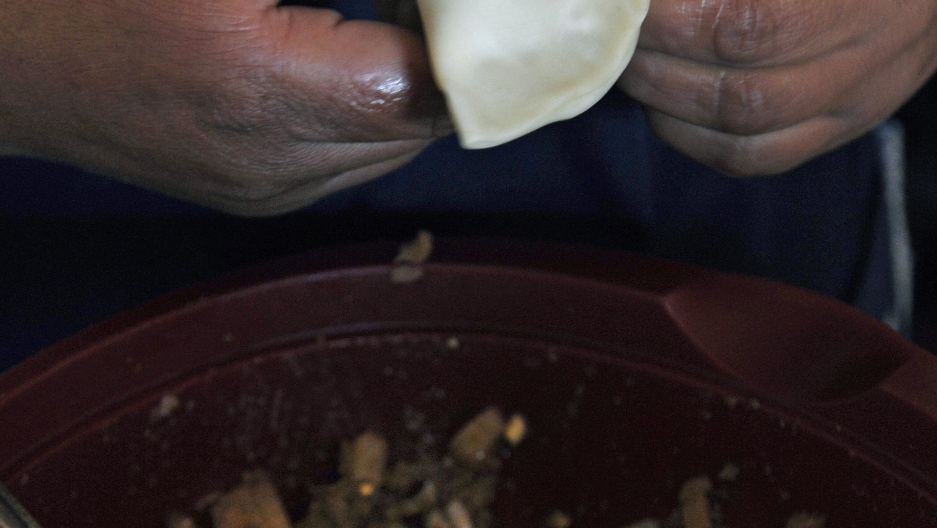 Garanhuns Police Commander Democrito de Oliveira told a news conference the suspects had confessed to eating their victims’ flesh, and that one of the female suspects said she had used the flesh for making empanada pasties which she sold in the town.
Credit: JUAN MABROMATA
Share

Three people arrested on suspicion of murdering at least two women in Brazil have confessed to eating some of their victims’ flesh and using it to make the empanada pasties they sold to their neighbours, police said Friday.

The accused, a man and two women, were arrested Wednesday in the town of Garanhuns in Brazil’s northeastern Pernambuco state. They said they were members of a sect and claimed a “voice” had commanded them to kill women they considered evil, according to Fox News.

Police found the bodies of two women reported missing earlier this year buried in the grounds of the suspects’ house in Garanhuns, the BBC reports. Officers are investigating whether the suspects may have been involved in the murder of a further six women in Pernambuco.

The town’s police commander, Democrito de Oliveira, told a news conference that the suspects had confessed to eating their victims’ flesh, and that one of the female suspects said she had used the flesh for making empanada pasties which she sold in Garanhuns.

More from GlobalPost: Brazil's off-sync samba with the US

According to Sky News, investigations into the affair were launched last month after Jorge Beltrao Negromonte da Silveira, 51, identified himself as the author of a 2009 pamphlet which revealed details of the sect’s activities.