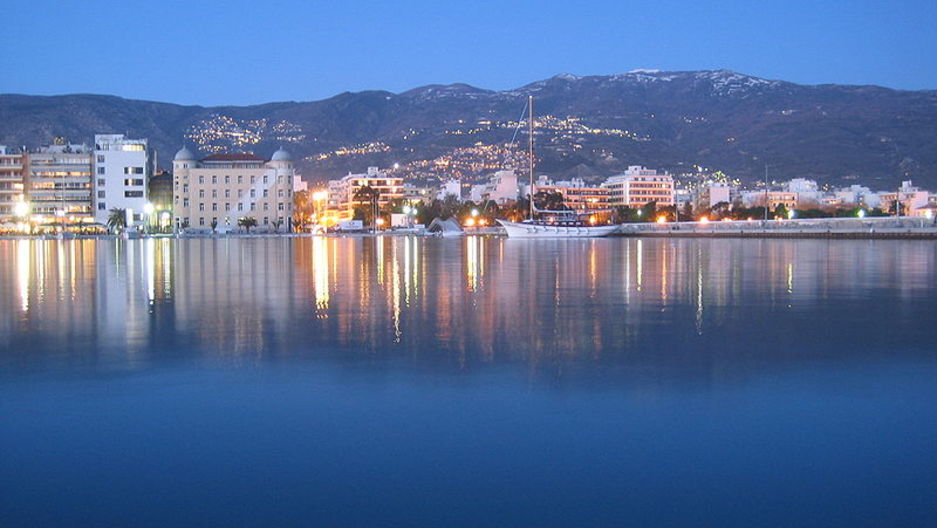 The port city of Volos has introduced its own, barter-based currency to help it through the Greek economic crisis. (Photo by Nikolaos Vergos via Wikimedia Commons, cc-by-sa.)

Nowhere in Europe is the financial crisis more pronounced than in Greece.

The country is buried under a huge debt and austerity measures have made everyday life challenging for the country's residents. But in one city in the center of the country, residents have taken matters into their own hands.

In Volos locals have created an alternative to the euro. It’s called the TEM, and it functions like a bartering sytem.

If you're selling goods or services you get credit in TEM, with one TEM being equivalent to a euro. According to the BBC, some 800 merchants and businesses accept and offer TEM.

"It's a basic idea for people who's savings in euros are running thin," Lowen said.

Local residents say it's a good reminder than everyone has goods and services to offer, and they don't have to be purchased with euros.

The entire system is setup online. Computers at the market process transactions and transfer TEM from your account to the account of the person from whom you made a purchase.

"It's all reminiscent of an ancient bartering system returning to today's Greece, a grass-roots initiative that's now built up over 800 members here," Lowen said.

The founder, Yiannis Grigoriou, said people find things to share. He said it's possible that TEM might actually become the dominant currency in Volos — but that's still a ways in the future probably.

Volos Mayor Panos Skotiniotis stands by the project, but says it won't be displacing the euro. The two currencies can co-exist.

For example, at a local youth program, parents were invited to pay up to 30 percent of the costs of the program in TEM, with the balance due in euros. The two currencies, working hand-in-hand, Lowen said.

The TEM network has proven integral to local residents. A flower shop, for example, sells its products through TEM, allowing employees to buy goods and services in tough times, Lowen said.

Older residents say it reminds them of how they grew up, when most everything was traded amongst neighbors, so everyone could get what they needed.

Charalampos Bardas, who runs the youth educational programs, said the TEM is a solution to the economic crisis in Volos — or at the very least a way forward.

"Life goes on, we have to fight," he said. "We have to see things differently now ... We want to succeed and move on."