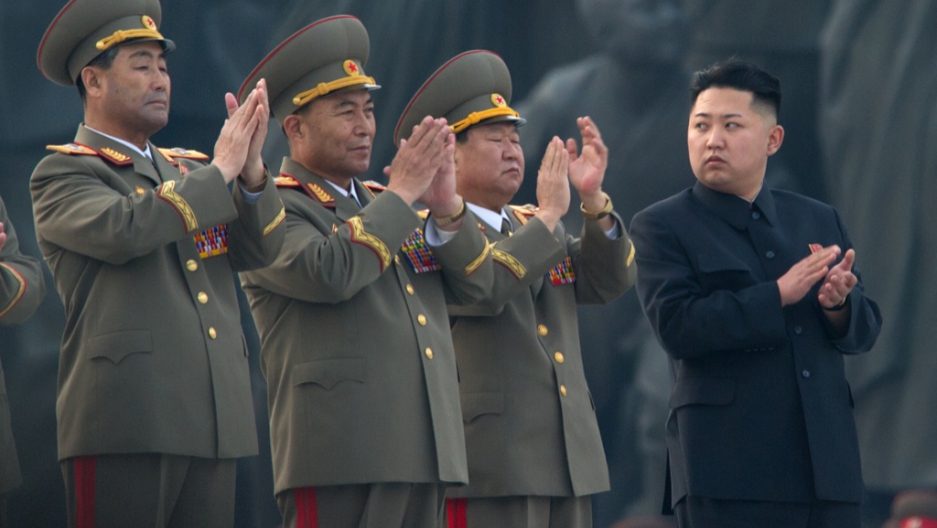 SEOUL, South Korea – North Korea's much-vaunted rocket launch ended in failure just seconds after lift-off on Friday morning, but the attempt quickly drew condemnation from the US and its allies, who maintain it was a test of the country's ballistic missile technology.

Hours after the Unha-3 rocket exploded and fell in pieces into the Yellow Sea, having covered only 100 kilometers, the regime conceded with unusual candor that its plan to launch a satellite had not gone well. "The earth observation satellite failed to enter its preset orbit," the state-run Korean Central News Agency said in a brief announcement. "Scientists, technicians and experts are now looking into the cause of the failure."

North Korea had ignored calls by the US, Japan and South Korea to abandon the launch, which was part of attempts to burnish the image of the regime's new leader, Kim Jong Un, on the eve of celebrations to mark the centenary of the birth of the state's founder - and Jong Un's grandfather - Kim Il Sung.

Space officials in Pyongyang then watched with embarrassment and, perhaps, fears for their futures, as the rocket exploded and broke into about 20 pieces 90 seconds or so into its flight.

More from GlobalPost: Next of Kim: What's ahead for North an South Korea

The North American aerospace defense command, NORAD, said it had tracked the missile after its launch at at 7:39 am local time. The first stage fell into the sea about 100 miles west of the South Korean capital Seoul. The remainder is believed to have broken up slightly later, also landing in the sea. NORAD said no debris had fallen on land or threatened populated areas.

Maj. Gen. Shin Won-sik, a South Korean defense ministry official said the rocket had exploded in midair between one and two minutes after it was launched from a site in Tongchang-ri on the country's northwest coast.

The White House said North Korea had violated UN security council resolutions banning it from developing long-range missile technology, adding that it risked even greater isolation. The UN security council is due to meet later today to discuss its response, which could include further, so far unspecified sanctions against the already impoverished state.

"Despite the failure of its attempted missile launch, North Korea's provocative action threatens regional security, violates international law and contravenes its own recent commitments," White House spokesman Jay Carney said in a statement. "While this action is not surprising given North Korea's pattern of aggressive behavior, any missile activity by North Korea is of concern to the international community."

Washington later confirmed it would suspend a deal struck in February in which the North agreed to stop its uranium enrichment and ballistic missile programs in exchange for 240,000 tons of US food aid.

G8 ministers meeting in Washington said in a statement: "Sharing the view that the launch undermines regional peace and stability, we call on [North Korea] to abstain from further launches using ballistic missile technology or other actions which aggravate the situation on the Korean peninsula.

"We are ready to consider, with others, taking measures responding to all activities of [North Korea] that violate UN security council resolutions, and calling for appropriate response by the United Nations security council."

Russia and China, however, urged the international community to respond with restraint. "We do not believe in new sanctions ... they will not do anything in terms of resolving the situation," the Russian foreign minister, Sergei Lavrov, said after talks with his Chinese counterpart.

But Friday's ignominious launch has sparked speculation that the North Korean leadership, having witnessed a major propaganda operation go horribly wrong, will attempt to claw back its credibility with another show of provocation in the coming days and weeks.

There is little doubt that a successful launch would have strengthened the position of Kim Jong Un, who today was named as first chairman of the powerful National Defense Commission. That title alone is unlikely to quell persistent doubts about his experience and ability, however, just four months after he succeeded his father, Kim Jong Il, who is thought to have ordered the launch before he died of a heart attack last December.

Recent satellite images show the North may be preparing to conduct a third nuclear test at a site where similar tests were carried out in 2006 and 2009. A South Korean defense ministry official said the North was likely to stage military provocation targeting South. "The possibility of an additional long-range rocket launch or a nuclear test, as well as a military provocation to strengthen internal solidarity is very high," he said.

Kim Yun Tae, secretary general for the Seoul-based network for North Korean democracy and human rights, said he expected the regime to behave provocatively. "The North Koreans struck a deal on food aid in February and then launched a rocket, so it will be very difficult for them to engage now [that] the world can see they have broken their word," he said.

"The North Korean leadership needs to save face. The only option its has now is to do something militarily, since the military is by far the most organized section of North Korean society. It will involve something more spectacular than a rocket launch. It could mean shelling somewhere, as they did with Yeonpyeong island in 2010, or perhaps stepping up military maneuvers near the demilitarized zone [the heavily fortified border separating North and South Korea.]

"I can't say exactly what it will be, but it will be a grand gesture designed to capture the world's attention."

Residents of Seoul, which had been on a high state of alert, seemed unperturbed by the launch itself, but urged their government and the international community to respond.

"I don't believe the rocket was for a satellite, but whether it was or not, the important thing is they tried to launch it," said Koo Hyung Joo, a 26-year-old student. "North Korea is a dangerous country, so there should be a strong response. An economic blockade may be one option."