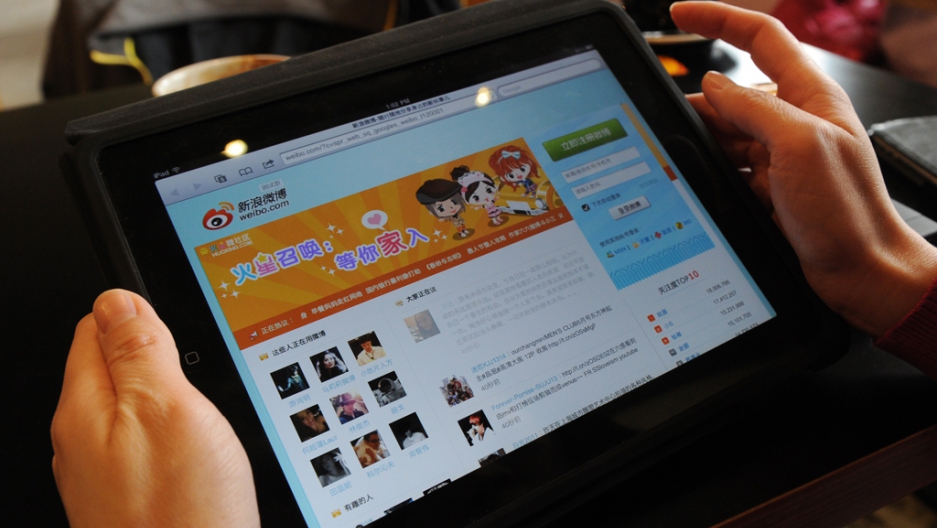 A woman views the Chinese social media website Weibo at a cafe in Beijing on April 2, 2012.
Credit: Mark Ralston
Share

HONG KONG, China — With the Communist Party struggling to contain its biggest political paroxysm in decades, Beijing is taking aggressive steps to bring the country’s vibrant, freewheeling social-media sector under its thumb.

Last month, central authorities began enforcing a new policy requiring China’s Twitter-like microblogs — or “weibo” — to register the full-names and identities of every user. That amounts to over 300 million users for Sina Weibo and Tencent Weibo, the country’s two biggest providers.

This new policy was closely followed by a three-day shut down of comments on microblogs, after false rumors of a military coup in Beijing swept across the Chinese internet. Six people were arrested for spreading the rumors — a fraction of the 1,000 people who have been arrested in China since mid-February for disseminating “harmful information.”

“It’s all part of an overall trend of the government trying to tighten control,” says Charlie Custer, founder of the website ChinaGeeks.org. “I think real-name registration is the first step toward battening down the hatches on controlling weibo.”

While censorship is hardly new in China, it intensified this week, as officials scrambled to stem the flood of debate and speculation about Bo Xilai, a flamboyant, neo-Maoist leader whose high-flying career was cut short in mid-March.

The operatic crisis widened this Wednesday when the government acknowledged that Bo’s wife was under investigation for the “intentional homicide” of a British man, Neil Heywood, who had befriended the politically powerful family.

It’s the biggest political scandal of China’s internet age, and the response has been to try to clamp down even further on anonymity and debate.

In recent days, the list of censored keywords has been expanded to include “political struggle,” “Bo,” “British businessman,” “investigation” — and even the phrase “real-name registration.” On Thursday, state-run Xinhua announced that authorities had purged the internet of over 200,000 posts and 40 websites referring to Bo and his wife.

How well are the government tactics working? Haphazardly at best.

Some users who failed to register their names have been fully blocked; some are still able to post from mobile phones; and some received messages “Thanks for registering!” even when they had not sent in their IDs.

With hundreds of millions of users and vast amounts of money at stake, the business interests of Sina and Tencent may be working to mitigate some of the new rule’s force. While weeding out spam accounts could help woo advertisers, losing users annoyed by real-name registration would hurt the bottom line.

“It’s bizarrely different for different people," Custer said. "It's hard to believe that it’s accidental, because the service itself is so robust. [The weibo companies] were looking for a way to implement the rule in name only, to have it affect the smallest amount of people possible.”

As microblogs have skyrocketed in popularity, from 8 million users in 2009 to over 300 million today, they may have become too big — and too important — for the government to attack head on.

Some critics see China's recent moves to regulate the sector as an attempt to exert a softer kind of control.

“I think they are using a strategy of trying to shape and guide the conversation rather than shut it off,” said Jeremy Goldkorn, founder of Danwei, a blog about media in China.

“[This new policy] shows the party is as serious as it’s ever been about controlling information, and that message isn’t lost on people. But I haven’t seen that any of the recent measures have had the effect of dampening the conversation."

More from GlobalPost: China at a crossroads, the upshot from the Party congress

Ingenious users have continued to evade the censors by devising ever-new ways of referring to verboten subjects. On Wednesday, the phrase “big news” came to stand for the Bo Xilai murder mystery; previously the word “tomato” and “Chongqing hotpot” also served as code for the scandal.

Even now, the most politically outspoken users are continuing to post actively, even defiantly. Tricia Wang, a sociologist based in central China, explains for some users speaking publicly under their own name has always been part of the appeal.

"Those people say, 'I don’t like the policy of course, but it doesn’t bother me — I’m still going to use weibo.' It’s not like old China where people are going to disappear. This group of people say, 'Yeah it’s my real name, and yeah, I stand behind my forwards,'" she said.

In the last several years, microblogs have become a crucial outlet not only for frank political opinion, but also breaking news. In August 2011, a high-speed train crashed in Zhejiang province and killed 40 people. While the state-run media largely steered clear of it — as with other controversies — weibo users broke the news and covered it obsessively, generating 10 million messages on the crash in a single week.

“Weibo is absolutely key to understanding the Chinese media landscape,” Goldkorn said. "Everyone in the media in China is on weibo. Your taxi driver who doesn’t get online will eventually hear about news because it’s broken there first.”

This power to drive the news explains the Communist Party's urgent concern about microblogs — especially in a once-a-decade election year. This fall, seven new members will be nominated to the nine-man clique that rules China, the Politboro Standing Committee.

While the name-registration policy indicates that Beijing seeks to control the public conversation in the run-up to that event, experts say it's far from clear exactly what form that control will take.

"I don’t think they know what they're shifting to," said Mike Yao, professor in the communications department of the City University of Hong Kong. "They are caught in a pickle. They want to shut it down, but they can’t shut it down because they need it to distribute some information. I think they’re just exploring various possibilities and playing it by ear."

Still, even with the recent crackdown, longtime observers of Chinese media say that the age of weibo is one of the most open the country has seen.

"It’s strange that despite the closures of websites and people getting arrested, what you see on weibo is conversation that you wouldn’t see in an open public forums even a few years ago," Goldkorn said. "It's one of the paradoxes of China. In some ways, it feels like the most free-speech environment that I’ve been in since I’ve been here."