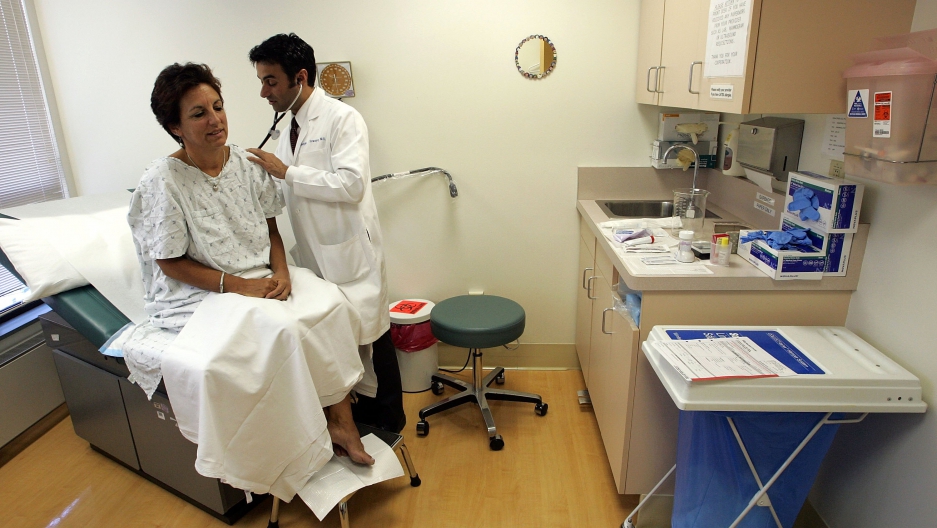 A controversial study suggests that Americans with cancer live longer than their European counterparts. Critics say that the study is "fatally flawed."
Credit: Justin Sullivan
Share

A controversial new study in the journal Health Affairs, says that cancer patients in the United States live considerably longer than their Europeans counterparts.

According to the research, cancer patients in the United States who were diagnosed with the disease between 1995 to 1999 lived on average 11.1 years, whereas the European average was only 9.3 years.

The study concluded that US cancer survival rates were higher but at a far higher cost with the US spending $77,000 on each patient versus $44,000 for the European nations.

Reuters reported that critics of the study were numerous and outspoken.

"This study is pure folly," said biostatistician Dr. Don Berry of MD Anderson Cancer Center in Houston. "It's completely misguided and it's dangerous. Not only are the authors' analyses flawed but their conclusions are also wrong."

Dr. Otis Brawley, the chief medical officer and executive vice president at the American Cancer Society, said the paper had a "huge fatal flaw," according to Medical XPress.

Critics say that the study, having relied on "survival gains" to track 13 types of cancer, suffers from something called a "lead time" bias.

The study tracked cancer patients from the time of diagnosis to death.

This is problematic, Reuters reported, as a patient that is diagnosed with cancer in an early stage might live two years but someone with the identical cancer who is diagnosed late but dies at the same time is recorded as having a shorter lifespan.

Lead-time bias gives the appearance of a longer lifespan with cancer but is really only stating the number of years the patient has an already diagnosed cancer.

The leader of the study, health economist Tomas Philipson of the University of Chicago, was a fellow at the conservative American Enterprise Institute and at the Manhattan Institute.

He also served in the Bush administration and was a healthcare adviser to John McCain's 2008 presidential campaign.

Read more on GlobalPost: Doctors worried about impact of Obamacare