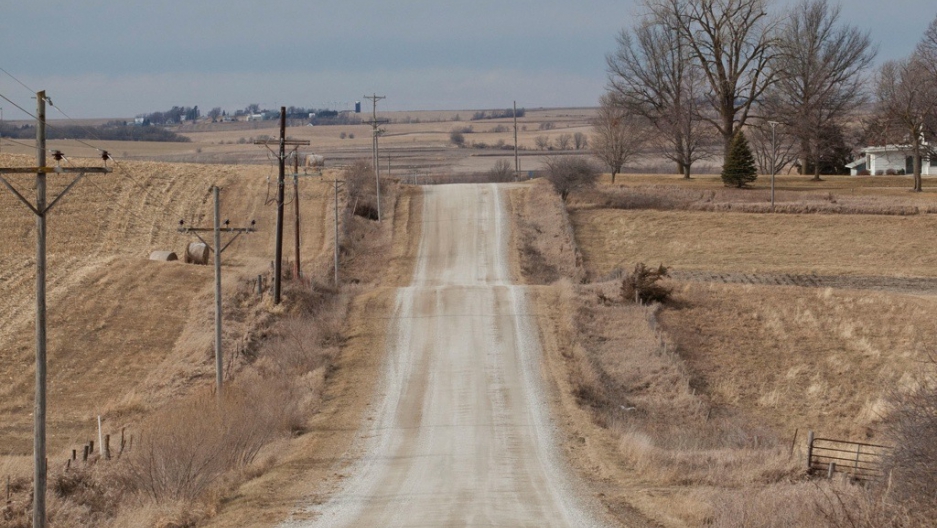 GlobalPost correspondent Jean MacKenzie hits the road to discover the hopes and dreams, and frustrations, of the American voter.
Credit: Andrew Burton
Share

The miles click by like beads on a rosary — 20, 50, 100, 500 — endless stretches of anonymous highway, punctuated by fast food restaurants and chain hotels. The choices are dreary: McDonald’s or Burger King? Best Western or Hampton Inn? I have only MapQuest, my odometer, and the broadening accents of the people I run into at the gas station to tell me that I making some sort of progress.

I am on a mission to reconnect with a country I left more than two decades before. In the run-up to the 2012 presidential elections, I want to form a picture of the hopes and dreams, the frustrations and fears, that will move my fellow countrymen to make what might well turn out to be one of the most important decisions of our lives.

It won’t be easy. While I was wading through history in Russia, Europe, Central Asia and Afghanistan, America has changed almost beyond recognition. I am, in the words of the old song, coming home to a place I’ve never been before.

More from Highway 2012: Alice in Southerland: Going mad as a hatter south of the Mason-Dixon line

When I left the United States in 1990, the internet had not yet been invented. Nobody carried cell phones and the computer I carried with me, a Macintosh Power Book, weighed about 50 pounds, had a black-and-white screen, and the most sophisticated function it could perform, after much coaxing, was sending faxes.

There were other changes, too: coffee had not yet become a national obsession, and the word “barista” was blessedly unknown outside of Italian bars. Religion and politics were worn more lightly, as was patriotism: America was, in the main, doing well.

Most importantly, perhaps, was the certainty of the bipolar world: There were only two major powers, the United States and the Evil Empire, also known as the Soviet Union. We were the good guys and they were the bad. There was a comfortable psychological equilibrium to the situation.

Now, as I talk to Americans in different parts of the country, in various social and economic situations, one thing is emerging: we are all in flux. Everyone is unhappy about something — health care, education, taxes, the predations of the rich or the greed and envy of the poor.

America is no longer sure of its unrivaled dominance in the world, nor is it totally convinced of its hero status.

Presidential contenders have seized on these worries to boost their positions and further their agendas.

More from Highway 2012: What next in the race for the White House?

Ron Paul — remember him? — calls us “aggressors” for waging pre-emptive wars around the globe. Rick Santorum fumes and insists that we are “liberators,” not invaders. President Barack Obama insists that we are not in decline, while Mitt Romney promises to restore our greatness.

The body politic is polarized to an extent I have not seen before. One’s choice can pit one against family, friends, neighbors. The rhetoric is fierce and ugly, with overtones of bigotry and hatred.

A congressman is dismissed on right-wing radio as “Obama’s homie” for wearing a hoodie on the floor of the House; a Georgetown student is dubbed a “slut” for asking that contraception be covered in her health insurance.

The president is called a “socialist,” the head of the Federal Reserve is termed a “traitor.”

Republican economic policies are labeled “social Darwinism,” although the slur may be lost on many voters.

The Supreme Court has just conducted several days of hearings in which health insurance somehow became inextricably entwined with broccoli.

The electorate, I suppose, may be excused for not paying close attention to the intricacies of an increasingly surreal debate.

But given the perilous state of much of the world, and America’s sometimes destructive centrality in it, the choice of leader is not one to be made lightly.

In general, the tenor of discussion reflects the mindset of my 7-year-old nephew Shea, who succinctly explained the situation the other day:

“Red is for Republican, and that is bad,” he said, his large blue eyes shining with fervor. Blue is for Democrats, and we need to vote for them.” He is, unfortunately, at least 11 years away from that pleasure, but he is undeterred.

Shea’s parents insist that he did not get his political views from them, which leaves me to wonder what kind of social studies they are teaching in second grade these days.

When his mother, Amanda, suggested in a half-joking way that Santorum might be preferable to Romney, Shea became almost enraged.

“Mom,” he said, fixing her sternly with that zealot’s gaze. “Santorum is a Republican. Republicans are stupid.”

Give the kid a microphone, and he could be a mini-Rush Limbaugh, albeit for the other side.

Over the next six months, I will try and flesh out the picture: What do voters in Louisiana have in common with Iowa farmers? What motivates the no-nonsense Michiganders of the Upper Peninsula, and are they really in the same country as the more freewheeling Californians?

Join me. It will be quite a journey.